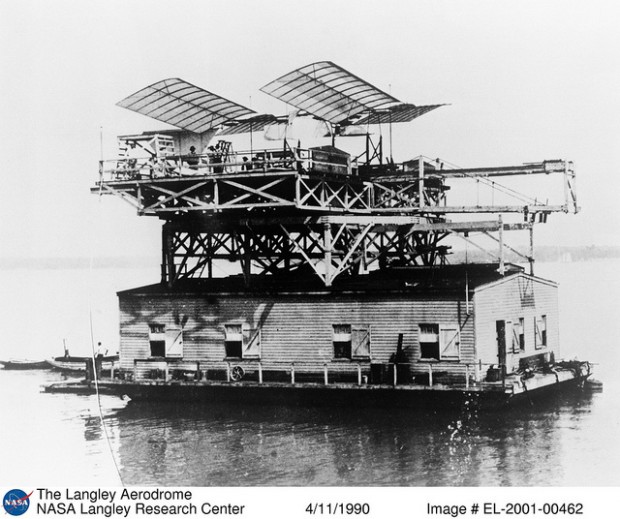 Ready to kill your lunch break? Head over to the brand new NASA section on Flickr Commons where you’ll find 180 historic photographs. These pics range from pre-NASA days, to Goddard’s works, to NASA prototypes, and enough liftoff pics to fill a History Channel special. The best part you’ve probably never seen most of these as they’re right from NASA’s collection and thankfully each pic has a detailed description and a bunch of relivant info. Man I love the Internet.

The one above is The Langely Aerodrome, “‘The Langley Aerodrome, brainchild of a group led by Samuel Langley. Shortly after this photo was taken, the December 8, 1903, manned tests of the Aerodrome ended abruptly in failure, as it fell into the Potomac River’. Photograph published in Winds of Change, 75th Anniversary NASA publication, page 6.”