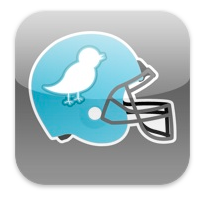 We’ve written about Fanvibe (formerly FanPulse) a few times because they do a nice job mixing some of the hottest elements of the web these days (tweets, check-ins, gaming elements) with sports. And now we’re about to enter the peak time for sports in the U.S. with the NFL season about to kickoff. With that in mind, the guys behind Fanvibe have come up with a new football-specific iPhone app called TweetQB.

The idea is as simple as can be: you load up the app and you see a list of all the current NFL games. If the games are currently in progress, you see an up-to-date score. If they have yet to start, you’ll see when they do. Clicking on any of these matchups takes you to a screen filled with tweets about that specific game. From here, you can respond to any of these tweets, or start tweeting yourself.

Okay, on the surface, it may seem like there is not much here. But here’s why this works: trash-talking. Any good football fan knows that trash-talking is an essential part of the game. There is always some know-it-all fan of the team you hate running his or her mouth on Twitter about such-and-such, so TweetQB gives you fast and easy access to try and shut him or her up.

TweetQB is populating these realtime tweets by looking for specific team hashtags or tweets from accounts known to be associated with those specific teams.

When you tweet or respond to any tweet from within TweetQB, on Twitter, people will see it with a link back to the Fanvibe page for that specific game. To be clear, this is separate from the Fanvibe app itself, TweetQB is just a simple way encourage trash-talking and spread the Fanvibe links. Again, it’s super-simple, which is what I like about it. It’s up-to-date NFL scores, it’s trash-talking tweets.

Update: As co-founder Vishwas Prabhakara notes in the comment, they’re giving away 25 copies of the app. Simply email techcrunch [at] fanvibe.com. 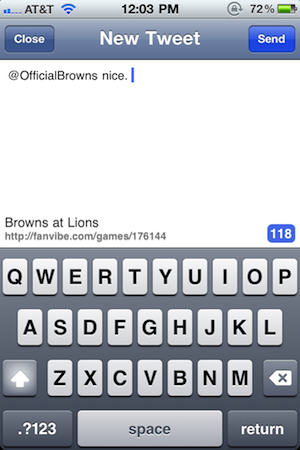 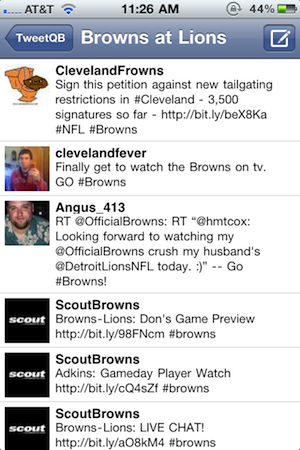