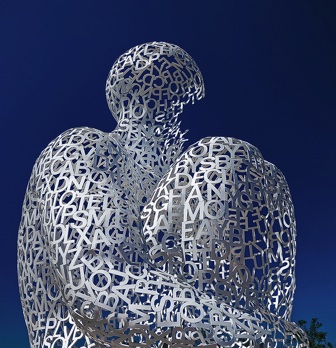 Last week, Erick posted an article on TechCrunch titled “Industry Insiders Say Online Video Advertising Is Reaching A ‘Frenzy Point.'” It was a surefire way to get online video entrepreneurs excited, right? Not so fast.

It very well may just be the big ad networks and properties like Hulu that are seeing the vast majority of new ad dollars.

“If you are not in the top 10 on comScore you will have a tough time” notes Break CEO Keith Richman, “money goes to the guys who are big,”

That led Erick to summarize and wonder:

Video is definitely shaping up to be a large and growing business for the bigger players and ad networks, but will those advertising dollars trickle down to the smaller guys as well?

While one might think that the top 10 firms in a given industry will prevail, it’s important to think of legendary General Electric CEO Jack Welch’s rule that a company should be either No. 1 or No. 2 in a particular industry, or else leave it completely.

Online video frequently draws comparisons to search, which today has become a two-horse race between Google and Microsoft. Considering that the high-profile and defunct Veoh was a perennial top-10 competitor in video, one wonders: is anything other than No. 1 or No. 2 in video really a winning a strategy?

Indeed, as with everything, size matters.  But seeing how history repeats itself, it’s helpful to think of how the frenzy around large ad networks on the web fizzled and made room for something else: quality.

Increasingly, marketers have grown wary of focusing solely on size (as measured by reach).  A few years ago, marketers would pick up the phone and place one or two orders allowing them to reach 100 million uniques while paying rock-bottom CPMs.

Today, many are paying more attention to where the ad placements reside (and how the ad views are being counted).  This is why after the acquisitions of ad networks Right Media and Blue Lithium, the frenzy around online ad networks has waned a bit, and some ad networks (namely AdConion and Valueclick) have even begun to diversify to boost their offerings of quality (via content).

Without a doubt, CEOs Glickman and Richman are right that size is a major consideration. But that doesn’t mean that smaller or mid-sized video companies will fail, especially if they can play the quality card and leverage those who have size.

The Four Pillars of Online Video

In fact, while both men have built strong and valuable businesses, in their prognosis, they omit a major strategic consideration.  While online video companies tend to specialize in one of seven areas, ultimately they end up choosing one of four: Technology, Distribution, Advertising or Content.

While incomplete and not a definitive breakdown or categorization of where each company focuses on, the following table is useful to understand who is doing what in the online video space:

While Technology, Distribution and Advertising firms have a binary, winner-takes-all, zero-sum outcome, Content firms can leverage others in those three segments.  Thinking back to Jack Welch’s mantra, I’d argue that you have to be #1 or 2 in Technology, Distribution and Advertising (think of the search engine industry) but not necessarily so in Content (hence, the four TV networks, for example).

Of course, talking about all of this without mentioning the eight-hundred pound gorilla is foolish.

Today, YouTube retains 44% of the online video audience.  Its parent Google accounts for the lion’s share—roughly 65% market share—of the search market, which in turn garners 40% of the online advertising pie. It then uses its $30 billion war chest to fund forays into new tech and media areas.

As a result of this major reality, companies who operate in the Technology, Distribution and Advertising spheres are handicapped because they are fighting for 56% of the total online video market (less, when you consider that the No. 2 player in the market, Hulu, is equally protective of its domain and doesn’t let just any company operate in its sandbox).

In other words, without Google’s blessing,

One can cling to the fact that unless you’re a Top 10 player according to comScore you’re doomed, but I would argue that if you operate in Technology, Distribution or Advertising, unless you’re name is Google or YouTube, you might not be spared, either.

Meanwhile, Content companies can leverage YouTube’s platform as they pose no threat to the GooTube machine.  They augment it by providing professional content for marketers to advertise alongside of within YouTube.  This being said, they are not completely immune either.  So long as Google doesn’t break down individual content producers on YouTube for comScore and Nielsen reporting, most of the content producers will will face an uphill battle convincing marketers that they are worthy of their request for proposals (RFPs) and ad dollars.

So long as this is the reality, then indeed, Content companies are just as much at the mercy of GooTube as Technology, Distribution and Advertising firms are, albeit in a different way.

The Power of the Platform

A couple of years ago, VCs tripped over one another to fund Facebook-ecosystem start-ups.  Facebook itself launched the fbFund, but recently admitted that the fund was dead. Playing in Facebook’s sandbox was challenging at best and daunting at worst.

Yes, Zynga built a powerful company by leveraging Facebook, but diplomacy ran its course.  For every Zynga there are hundreds of companies whose fate turned of a dime.  Take, for example, Offerpal who laid staff off after Facebook threw itself into the arms of a competitor.  Countless others never even made it into the limelight to begin with. It wasn’t just Facebook; Twitter and Foursquare have all been cast as the flavor du jour.

One company that has been overlooked as a potential platform for other startups to build a business on remains YouTube, which Google acquired for $1.65 billion in 2006.

Why?  One word: Advertising

Video—which is what constitutes YouTube’s DNA—is a natural canvas for advertising to flourish.  It’s important to note that social networking (Twitter, Facebook or Foursquare’s DNA) is the latest form of communication, and communication tools like email, instant messaging (and now tweeting) have rarely proven to be money makers in an ad-supported ecosystem.

Ironically, yet fittingly, the fact that Google owns YouTube has proven to be a larger hindrance to technology companies than media companies.  For media companies, YouTube absorbs expensive bandwidth costs and reduces marketing costs by providing a targeted and captive audience, leaving them only with the third major cost: content production itself.

As such, while it’s true that size and reach are going to be a major hindrance for small and mid-sized video companies, regardless of whether they’re in Content, Technology, Distribution or Advertising, I’d still rather be producing quality content. Whereas the Content firms (small, medium or large) can leverage the strengths of the other three to build valuable businesses, in Technology, Distribution and Advertising, unless you are No. 1 or No. 2, then you won’t have the gunpowder to stay in the game.