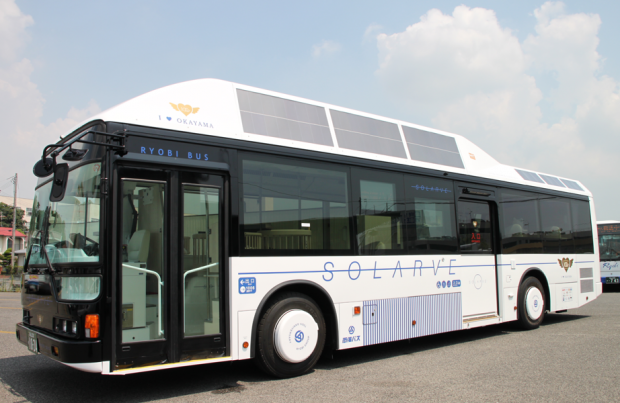 Sanyo in Japan today announced [JP] what it says is the world’s first solar-cell-equipped public bus, the Solarve (which stands for Solar Vehicle). The bus was unveiled to commemorate the 100th anniversary of a Japanese transportation and logistics company called Ryobi [JP]. The Solarve is essentially a city bus with solar cells on top that generate power for its interior LED lights.

Sanyo says the solar panels atop the diesel-electric hybrid bus are good for a total output of 798 watts (420W through crystalline silicon cells, and the rest through amorphous silicon cells). When the sun isn’t shining for an extended period of time, power will be supplied by storage batteries inside the bus for about nine hours.

The Solarve is expected to be first used as early as September 1 (in Okayama City in Southern Japan).