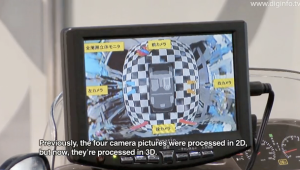 Founded by Michael Godwin and Jason Townsend (pictured above), Resonant aims to raise $10 million within the next 18 months, and to invest up to $500,000 per seed round in regional firms across a variety of high-tech sectors: IT, life sciences, advanced manufacturing, alternative energy and defense.

Though still in the midst of subscribing, Resonant closed its first deal late last week. It was part of a $1 million investment in Scio Security, a mobile software security startup.

Godwin and Townsend are recent graduates of the University of Michigan Ross School of Business. As students there, they managed the $5.5 million Wolverine Venture Fund at The Samuel Zell & Robert H. Lurie Institute for Entrepreneurial Studies growing it from $3.5 million to $5.5 million within two years, with a couple of successful exits.

Jason Townsend says there are no other seed funds in the state of Michigan at this time, and that the 17 venture funds he knows about in the state will be happy Resonant has formed and can help companies get to the stage where they’re ready for a bigger, series B investment.

Another reason it’s a good time to be an investor in Michigan, Townsend explains: “The Midwest garners 45% lower valuations for companies compared to coastal startups and investments. You have a lot of money chasing a few deals out there. And even if the exits are higher on the coast, there’s still a 25% premium.”

The fund is co-located within the offices of EDF Ventures in Ann Arbor.