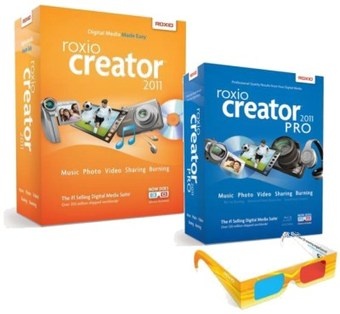 Sigh. So Roxio’s Creator 2011, a fairly good piece of software in general, is offering full importing from 3D cameras like the Fujifilm W3 and it can turn 2D photos into 3D images. Why would you do this? Because, presumably, you want your grandma to sit with glasses on while she looks at snapshots that look like bad anaglyphic stereograms that she probably saw in Hawaii back in 1965, which was essentially the last time 3D was part of pop culture.

Regardless, God bless Roxio for riding the 3D train. Someday we’ll have real 3D TVs without glasses but until then I guess we’ll have to carry on somehow.