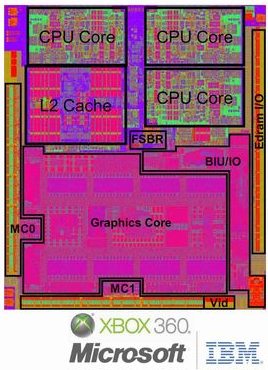 The new Xbox 360, not unlike the PS3 Slim, was hailed as a success from the moment it was announced — possibly because everyone in the audience got one for free, but that’s another story. The improved design, quiet operation, and lack of red LEDs meant the new model really was an all-around improvement.

Today, Microsoft let loose a few more details on the system architecture of the new box. It’s pretty technical (nanometers, FSB replacements, that sort of thing), but it’s nice to know they did more than redo the chassis and lower the fan speed.