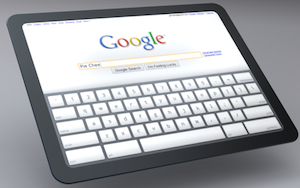 You might not recognize the name N-Trig, but you certainly have seen their technology. , and N-Trig is about to provide HTC with a multi-touch screen as well.

HTC is rumored to be creating a tablet computer product for Google, but it’s unknown rather it’ll be branded as a Google product, or by HTC. What is known is that it is expected to run Google’s Chrome OS, and not Windows 7 as previously expected. Google’s tablet PC is being referred to as the “gPad” – a name I doubt will stick when it goes into production. Currently, the tablet is in development, but it is expected to be released this coming November – just in time for the holidays.

Update: Microsoft has contacted us directly regarding N-Trig, and they were not involved in the development of Surface.