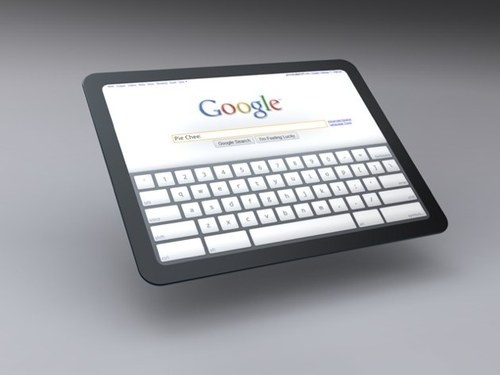 What rumours, you ask? How about that a Chrome OS device will launch through Verizon on this year’s Black Friday: November 26th. An interesting move, as it’s the busiest shopping day of the year, and a good day for impulse purchases.

Now, while the uncomfirmed source over at Download Squad says that it will be a Chrome OS tablet, there have been previous rumours about an Android tablet launching on Verizon, so we’ll have to wait and see — especially as Android 3.0 will be tablet-friendly, and would launch with a heap of apps ready to compete with the iPad.

But, we do know that Chrome OS will run on tablet devices, so this could go either way.

And what’s a rumour without some tech specs thrown in? If true, you can expect this tablet to be based off NVidia’s Tegra 2 platform with a 1280×720 multitouch display, 2GB of RAM, minimum 32GB SSD, WiFi/Bluetooth/3G connectivity, GPS, webcam, and possibly expandable storage via a multi-card reader.

And, as this is launching directly with a carrier, expect a subsidised, on-contract price lower than the iPad’s.

So, what say you, dear reader? Are you more excited about an Android 3.0 tablet, or a Chrome OS tablet? What OS gets your nerd senses a-tinglin’?