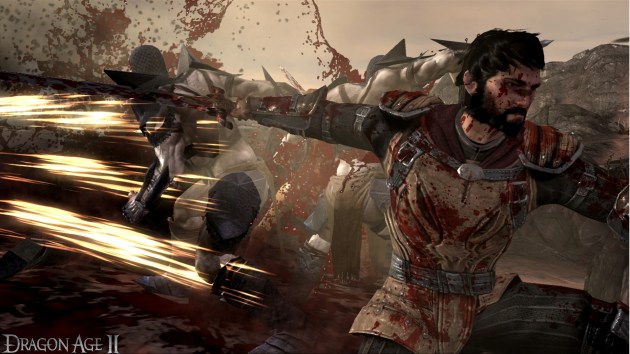 BioWare has released the debut trailer of Dragon Age 2. If we were to subtitle the trailer and/or game, I’d go with “Dragon Age 2: There, Is That Enough Attitude For Ya?”

If the game is as “easy to access” (read: dumbed down) as many believe it to be, remembers this: if you want the definitive BioWare RPG, Baldur’s Gate is still pretty easy to find. No idea how well it runs on modern versions of Windows and with fancy video cards, but that’s what hours upon hours of message board-assisted troubleshooting are for.

I’d also like to organize a boycott of pre-rendered trailers. It’s nearly 2011: the days of computer-generated videos or trailers “wowing” me are long since past.