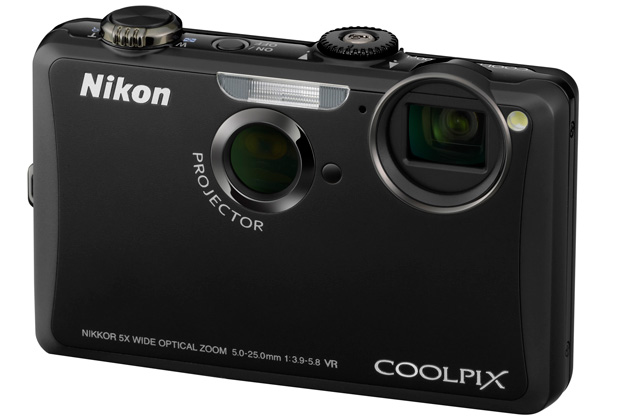 Nikon broke the stale mold generally used in digital cameras with the Coolpix S1000pj projector camera last year. Instead of having just a boring lens and LCD screen, this bad boy comes with a front-firing pico projector for sharing the camera’s pics and videos. But that’s where the fun stops with the first generation. The pico projector was limited to viewing on-camera material only. But Nikon isn’t done with the form factor. Oh no. The second generation takes it up a notch and actually makes the pico projector a bit more practical. The S1100pj can project content from your computer. noice

The 14.1MP S1100pj is a good leap forward down the evolutionary path. Not only can it double as a computer-powered pico projector via USB, but the image will be 40% brighter, thanks to a 14-lumen internal projector. Nikon even opted for a 3-inch rear-touchscreen and a convenient kickstand, along with a 720p movie mode. Basically, Nikon improved every aspect of the camera including lowering the MSRP down to a more reasonable $349. Retailers should get the camera next month in a variety of colors including black, violet, green, and silver.