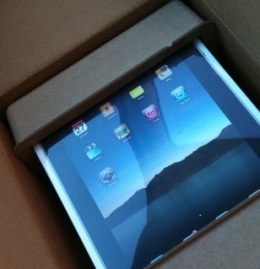 That is in line with earlier reports, which foresaw an August launch for the tablet computer in China, although admittedly a definitive launch date for the iPad in China has not been announced yet.

According to Caixin’s source, China Unicom will be the sole distributor of Apple’s iPad in China, which had a total of 776.9 million mobile subscribers at the end of March 2010, the largest number of any country on the planet.

The carrier is also reportedly scheduled to carry a WiFi-enabled model of the iPhone 4 in early September, although no definitive launch date was detailed either.

China Unicom, which services a staggering 315 million subscribers, has the exclusive right to distribute the iPhone in China, where it is the second-largest carrier after China Mobile. Just recently, the carrier kicked off sales of the WiFi-enabled iPhone 3GS in the country, which is unequivocally a major growth area for Apple.

Until recently, the Chinese government did not allow the sale of WiFi products altogether in an effort to promote an alternative WAPI wireless networking standard, but recently decided to lift said restrictions.

In related news, Apple’s South Korean distributor KT Corporation earlier this week said it would start taking pre-orders for the iPhone 4 in the next couple of days, before its official launch next month. Apple has sold more than 850,000 iPhones in South Korea since its introduction in the local market nine months ago.

It will be interesting to see how big of a deal its sales efforts in the Asia-Pacific region will become for Apple’s bottom line, but my educated guess is that it won’t be negligible.