SWOT got a standing ovation when demoed by SafetyWeb founders (and parents) Geoffry Arone and Michael Clark at the Crimes Against Children Conference last week, which SafetyWeb co-sponsored with Google and Facebook.

This realtime monitoring of  a child’s accounts could be crucial in gathering data leading to a child’s safe return; With over 2000 children going missing daily, free technology that can scour for online traces of missing children is a boon to beleaguered law enforcement officials, as well as frantic parents.

SafetyWeb has recently acquired Odojo as well as announced a $8 million funding round from Battery Ventures and First Round Capital. It shares the child safety and online tracking space with SocialShield and Kidsafe. 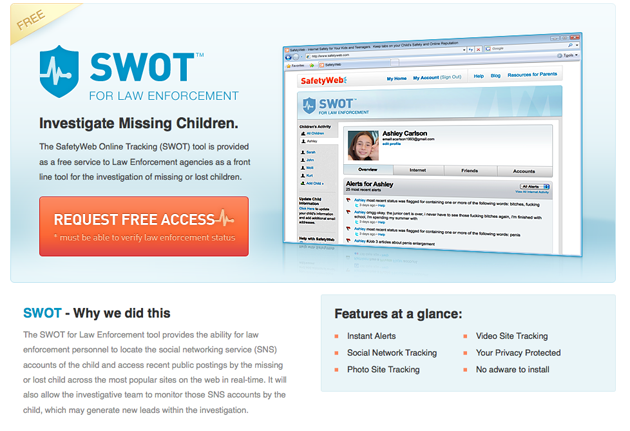