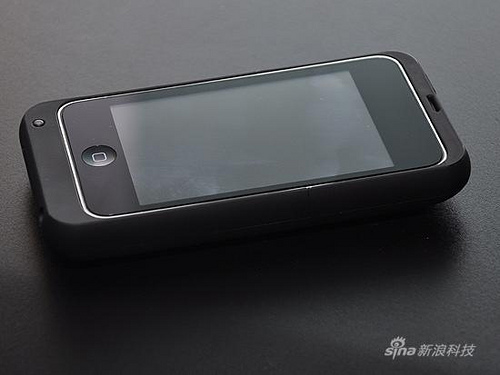 The flood gates are open! The tPhone is the third iPod touch 3G jacket we’ve seen in as many weeks. Just like the Apple Peel 520 and the Sprint-bound Peel, this device adds a 3G modem to a jailbroken iPod touch, which then allows for phone calls and SMS. This model, however, seems to follow the same design cues as the Sprint Peel and is more of a docking jacket than a wrap-around silicon case like the Apple Peek 520. Along with adding the 3G modem to the iPod touch, the case also brings a non-removable 1200mAh battery and mini-USB port to the docked touch. Who knows if this model will ever hit the US borders, but even if this one doesn’t, others will now that jail breaking is a perfectly legal action in the states. [Sina via micgadgets]