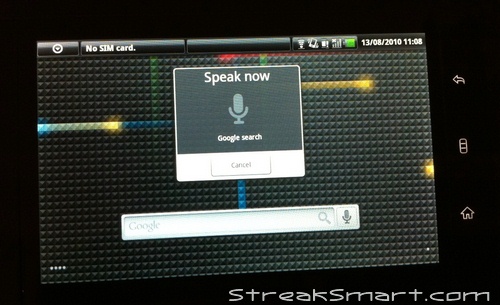 It seems the main reason people are sitting on the fence about the Dell Streak — that is if they’re into the large form factor — is the stock Android 1.6 release. Well, the Streak’s 2.1 release suddenly appeared over at Modaco’s Forums this morning and users seem to have nothing but good things to say about the release. Chief among them is the noticeable performance bump and the reworked camera interface along with 720p video capture. The only small issue is that the update wipes the device clean during the update process. Now, there’s really no way of knowing when the official 2.1 release is coming later this month, but at least this is other there and seems to solve many of the early adopter’s gripes. [modaco forums via StreakSmart]