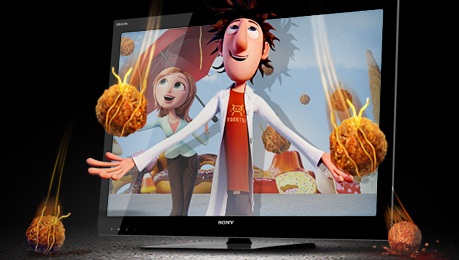 Think what you want about 3D TV, but it’s here already, and we’ve just seen the beginning. But are people actually buying the devices, as a few dozen models are now available in the US, Japan and other places? The Nikkei, Japan’s biggest business daily, recently investigated the 3D TV market in Nippon. What they found out could be of interest for the US and European markets as well.

Here are their main findings:

In Japan, prices for 3D TVs offered by the two most aggressive manufacturers, Panasonic and Sony, have fallen 20% and more since they were introduced back in spring this year. Panasonic’s 50-inch VIERA model, for example, is now available for as “low” as $3,600 in some stores in Osaka and Tokyo, after the company launched it with a $5,000 price tag in April.

Sony now sells a 40-inch Bravia 3D TV for $2,800, 20% cheaper already than in June (when it made its debut in Japan). As we reported earlier, the company tries a different approach in the US.

According to The Nikkei, the nation’s retailers say prices for 3D TVs fall rapidly, but they are still 30-50% more expensive than comparable models without 3D-capabilities.

Research firm GfK Marketing Services Japan found out that this early in the game, the market share of 3D TVs is still (not too surprisingly) relatively small. In the week from August 2nd to August 8th, for example, just 2.6% of all TVs sized 40 inches or larger sold in Japan were 3D models.They accounted for 5.9% of all sales for TVs in that size range in that week.

But the Nikkei expects the market for 3D TVs in Japan to expand when Toshiba and Mitsubishi launch their models at the end of this month, with Hitachi following later this fiscal year.

To put things into perspective, other sources are more bullish about 3D TV. Take US-based market research firm DisplaySearch, for example. According to a recent report released by the firm, as many as 3.4 million 3D TVs will be sold worldwide in fiscal 2010 (5% of the entire flat TV market). The firm expects 3D TVs to achieve a whopping 43 million shipments as early as 2014 (37%). We’ll know soon if they’re right.