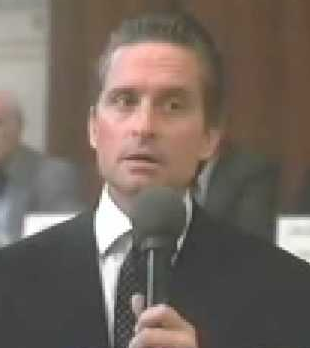 The past few days I’ve been bookmarking posts about Google, Verizon, and net neutrality to read later. For the past few hours I’ve been doing that — and I’ve barely made a dent. It seems that everyone who has ever written a word on the Internet is up in arms about the situation. And what’s amazing is that nearly all of them are in agreement. There’s no clear consensus as to why Google is selling us out, but the consensus is that they are.

And I have to agree. Further, Google’s response to the backlash today stating the “facts” about their proposal with Verizon sort of pisses me off.

Before I begin, let me just state that there are only a handful of companies I adore because I love their products. Google is one of them. Sure, I love the iPhone more than Android phones — but I love Android phones a million times more than the crap that was out before the smartphone revolution started a few years ago. Out of all the things I do during a day, I’m positive I use Google products the most. Gmail, Google Reader, Chrome, Google Search. It’s all solid gold. Google is a great company.

And that’s exactly why what they’re doing with regard to net neutrality is so disappointing.

In light of this week, much has been made about Google’s unofficial motto “don’t be evil”. Google must be evil now, right? No — that’s absurd. There seems to be this tendency to believe that when companies do something unfavorable, they must have malicious intent. I’ve stated it before, but I will again: this is not a James Bond movie where some villain wants to do bad things just because he’s evil.

Instead, Google’s intentions are much more transparent: greed. Greed also tends to have a negative connotation, but I’m of the Gordon Gekko mentality that “greed works.” It’s what drives this country. And as a public company, whether we want to admit it or not, it’s what drives Google.

The problem is that Google themselves are unwilling to admit that greed is what’s at play here. They’re still trying to put on this charade that this is all about what’s best for us. That’s insulting.

What’s best for us is net neutrality, pure and simple.

If someone at Google just stood up and gave a Gordon Gekko-esque speech about their passion for expansion and securing deals it would be easier to stomach. At least it wouldn’t be quite so disingenuous.

Part of the problem may be that those at the top of Google are in disagreement once again. We saw this with the China situation. Word is that Sergey Brin did not want to cave to any of the Chinese demands to operate inside of mainland China, but Eric Schmidt talked him into it. That ended up biting them in the ass. It was a situation of what’s best for the company versus what’s right. This is the same situation. 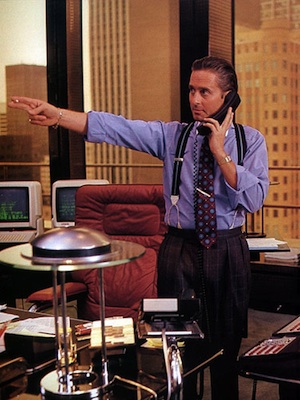 In private conversations with Googlers and ex-Googlers over the past couple of days, the vast majority of them seem to be disturbed by what Google is doing here as well. Some are buying the company line that Google is doing the only thing they can do in order to get something done. But most seem to agree that this is way too slippery of a slope to be playing on.

I’m assuming, of course, that you’re aware of some of the details about Google and Verizon’s joint proposal for net neutrality. In case you’re not, it basically boils down to the two sides reaching an agreement that wired connections for the most part will fall under full net neutrality. Meanwhile, they’re also agreeing that wireless networks for the most part should not — at least not yet.

With both, the key phrase is “for the most part.” With the wired aspect, there’s still a portion that would give providers the ability to circumvent this neutrality with their own services (under proposed government supervision). With wireless, it’s more of a Wild West situation. Things are still shaking out, and there’s plenty of competition, is the argument.

Both arguments are faulty because both are extremely gray. And both set a horrible precedent going forward (if adopted, of course).

For net neutrality to truly work, we need things to be black and white. Or really just white. The Internet needs to flow the same no matter what type of data, what company, or what service it involves. End of story.

That seemed to be Google’s previous stance. But now it’s not.

Obviously, the carriers and service providers don’t want this full net neutrality. They want to be able to charge different amounts of money depending on what is being served. They argue that they need to going forward (particularly with wireless) to ensure the stability of the networks. My guess (given everything I know about the carriers and cable providers) is that this is mainly bullshit — it’s all about trying to make more money.

And in the future, the money is all going to be in wireless, so it’s no surprise that they’re willing to accept a less favorable arrangement on the wired side of things.

In their response today, Google basically keeps restating that a compromise of some sort is needed. They even use the phrase “political realities” — ugh. “We’re not saying this solution is perfect, but we believe that a proposal that locks in key enforceable protections for consumers is preferable to no protection at all,” Google’s Richard Whitt notes.

Again, this is a problem; the solution needs to be perfect or there might as well be no solution at all. Google is suggesting that without a compromised solution, the system could fully swing in favor of tiered packages from carriers and providers. First of all, this sounds like FUD. Secondly, this is a situation where that is a risk worth taking. Google needs to stand their ground here. It needs to be all or nothing. 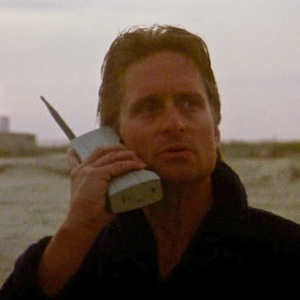 But again, they don’t want to do that. This compromise ensures that money will keep flowing. Would they prefer not having to deal with Verizon or any other carrier? Of course. But that’s not the reality. The reality is that they need their pipes and their money.

And that’s why Google’s in a hard place. They likely want to do what’s right, but they can’t sacrifice the business to make that happen.

Again, my problem with all of this is the clear misdirection going on. Google’s argument that a compromised solution beats no solution, benefits them a hell of a lot more than it benefits us. And yet, that’s exactly how they’re trying to spin it. They’re doing this for us. Gee. Thanks.

If you really want to do something for us, stand your ground on net neutrality. Don’t let Verizon, AT&T, Comcast, or any of those other jokers bully you into any sort of compromise. Other companies will back you up. But you have to lead.

It may ultimately end in failure. But hey, you celebrate failure. As you should. Big risks, big rewards, and all that.

Or, better yet, extend your brilliant broadband initiative. The real problem behind all of this is that there isn’t nearly enough competition in both the wired and wireless connectivity ecosystems. A huge amount of this country has no choice when it comes to broadband providers. And with wireless carriers, the choice isn’t that much better (no matter what Google and Verizon say). We need more competition in both — with it, the net neutrality debate may give way to natural selection.

There aren’t enough companies out there with the resources to foster this type of competition. But Google is one of them. In fact, they may be the only hope there.

A firm stance on full net neutrality may seem too risky or worse, futile. But it’s the only appropriate stance for Google to take here. We’ve crowned them as the King of the Internet. And now it’s time for them to go to war for us.

Or, if they’re not going to do that, it’s time to at least admit that money is the real motivating factor here. They’re not doing us any favors by compromising on net neutrality. They’re doing themselves one.

“The point is, ladies and gentleman, that greed, for lack of a better word, is good. Greed is right, greed works. Greed clarifies, cuts through, and captures the essence of the evolutionary spirit. Greed, in all of its forms; greed for life, for money, for love, knowledge has marked the upward surge of mankind. And greed, you mark my words, will not only save Teldar Paper, but that other malfunctioning corporation called the USA. Thank you very much.”