For the last 30 or so hours self-described Apple fanboy MG Siegler has put his iPhone 4 aside (Jason Kincaid and Greg Kumparak held him down while two interns broke his Kung Fu grip) to give Motorola’s Droid 2 a proper test drive. The verdict? A definite step above the HTC EVO 4G.

If you read MG’s review of the EVO back in May, you know he gave HTC’s bundle of joy a merciless, swift kick to the head. Thus, saying Siegler prefers the Droid 2 to the EVO, probably doesn’t say very much. To get a more nuanced review, we enlisted MobileCrunch editor, Greg Kumparak to go one-on-one with MG.

Click above for their full review of the Droid 2 and a discussion on Google Voice Actions, the Android ecosystem and yes, those rampant Verizon rumors. 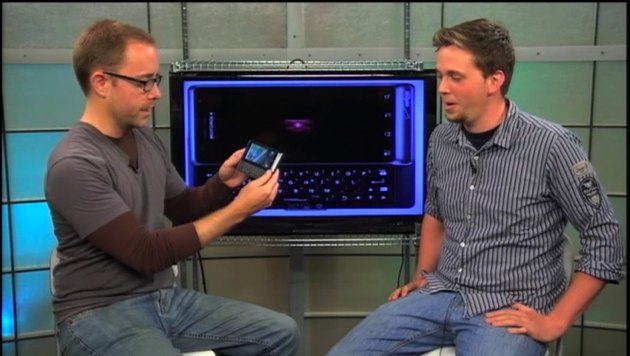