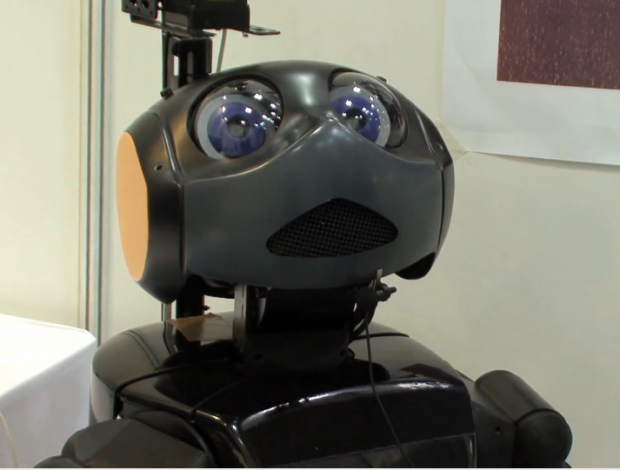 We’ve shown you multiple guide robots coming out of Japan in recent months, but this new one is specialized in helping out in museums. The unnamed robot was developed by researchers at Saitama University near Tokyo and is supposed to be more “intelligent” than similar models. Its makers say they managed to boost his communication skills by crossing robotics with sociology.

The cute robot can explain objects or paintings by speaking pre-programmed sentences, but he’s also (to a certain degree) able to change his behavior, based on a human’s reactions. He can, for example, detect a human’s nods and facial movements (via a laser range-finding sensor and a 360 degree camera) to assess their interest in his explanations.

Watch the Museum Guide Robot in action in the video below (shot by our friends at DigInfoNews in Tokyo):