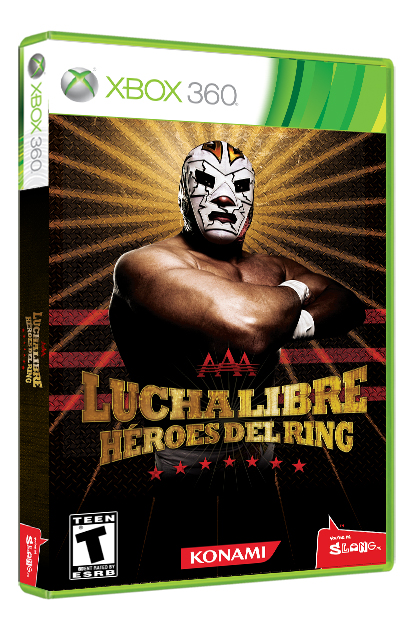 Yes, Dr. Wager, Jr. will be on the cover of Lucha Libre AAA: Heroes Del Ring. You’ll recall that Dr. Wagner, Jr.’s team won a blistering match at E3 back in June, earning him the right to be on the game’s cover. But then controversy hit!

Dr. Wagner, Jr. showed up at a rival promotion’s event in Mexico a few weeks ago, ostensibly supporting his son. But this caused chaos! Nobody knew if he had left AAA, the promotion the game is based on, or if he had indeed just shown up to support his son.

Then there was word that AAA and Dr. Wagner, Jr. had started working on a new, long-term contract.

The point is, ladies and gentleman, Wagner will be on the cover of the game, as first promised.

It’s actually a pretty good game, it even made Edge’s “most wanted” list this month.