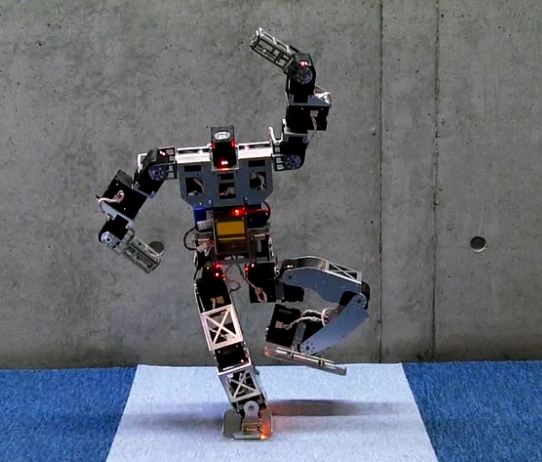 We’ve shown you a number of robots in the past that were able to pull off some serious moves, but Choromet 2 [JP] is particularly elegant – when he’s performing Yoga exercises, at least. Made by Japan-based robot venture General Robotix, the mini humanoid stands 53cm tall, weighs 5.8kg and comes with a total of 22 joints.

To be more exact, the little guy has four joints in each arm, six in each leg and one each in his head and neck. Users can plug him into their PCs via USB 2.0 to program moves.