What do you do after you become an internet meme?

After you capture the hearts and minds of every disgruntled worker in America, after you inspire a string of flattering (and not so flattering) Facebook pages, and after you fool a bevy of mainstream media outlets (aside from that sly Peter Kafka– oh, you’ll get him next time)— well, logic dictates that your next move is a splashy debut on TechCrunch TV. Savvy thespian Elyse Porterfield, aka Jenny, aka that hot piece of expletive with the dry erase board, did just that on Wednesday afternoon.

See our video above with Elyse and theChive co-founder, John Resig. They explain how the guys at theChive lured her in and she answers some of your most pressing questions from Twitter, like “if she thinks this will be the year Linux finally becomes a viable consumer desktop/laptop/pad experience” (hey, I’m just the messenger).

-The script was written about a month ago. According to Resig, “I wanted someone to quit their job in a spectacular fashion because I think a lot of people can relate to hating someone at their workplace…That’s where we started but I wanted a vessel with which to tell a story and I wanted to create a heroine out of that, a workplace hero if you will.”

-For the casting call, approximately 20 women applied. “There was actually a lot of good candidates. And I remember then Elyse walked in and my brother stopped chewing his food and we all kind of stared at her. And when she left one of the interns who was helping orchestrate this whole thing, he was like 17 years old high school student came in and he hadn’t said anything all day and he said, if you guys don’t cast her I’m going to move to Canada because everything I know is wrong.”

-The shoot took 2 hours (mainly because they had to wait an hour for the camera’s battery to charge).

-What’s next for Elyse? Beyond her newfound Facebook popularity (3,500+ friends and counting), she has received far more marriage proposals than job offers but she will follow a few leads once the dust settles.

-Skip to the 6 minute mark, to see the beginning of the Twitter questions.

Fun fact: As expected theChive saw a huge surge in traffic on Tuesday, with 2.5 million unique visits, there was another 2.5 million uniques today. For comparison, on any given month the site generally attracts 2.5 million uniques. And according to their numbers, Facebook is the new vehicle for viral— the social portal was responsible for nearly 1 million uniques (thanks to the 421,000 users who shared the story on FB). 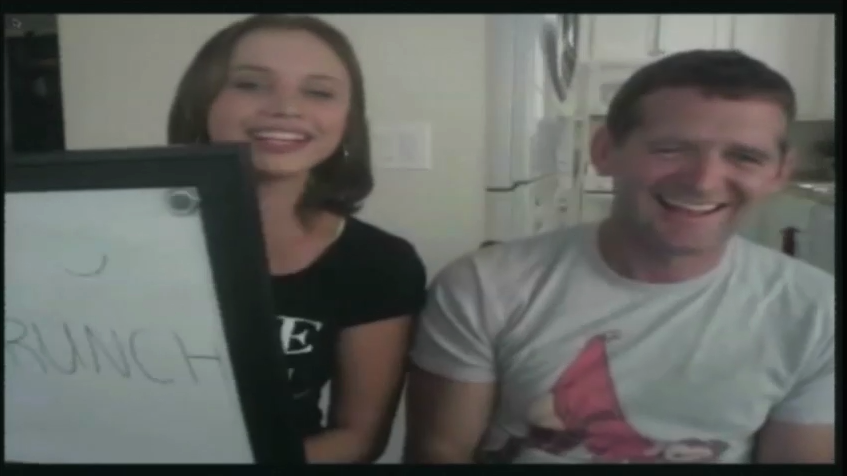