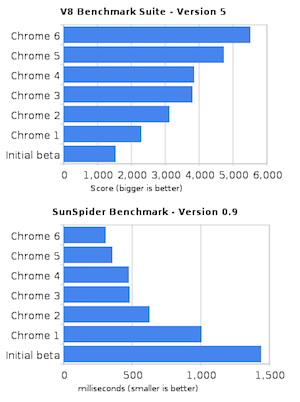 Last month, Google let people know that the pace at which they deploy builds of Chrome would be greatly increasing. The thought is that work is happening so quickly in Chrome but much of it is stuck in the developer channels (or in Chromium, the open-source browser on which Chrome is based) because of code freezes and long waits to deploy the stable versions — so why not just speed the whole process up? Google is wasting little time doing that as the latest version of Chrome, version 6, is being released into beta today.

So what do we get with Chrome 6? As users of Chromium and the dev channel builds of Chrome will know, the entire browser UI has gotten a facelift. The buttons (back, forwards, reload, etc) are now seamlessly integrated into the toolbar. The two menu drop-downs have also now been consolidated into one. And the Omnibox has also been tweaked to make it a bit simpler.

But the biggest changes in Chrome 6 come in the JavaScript speed increases, Autofill, and the syncing capabilities. With the latest version, you’ll finally have full Autofill capabilities that you’re likely used to with other browsers (though Chrome’s version is pretty slick). This means that anytime you have to enter your name, address, phone number, or credit card information, it can all be automatically inserted by the browser. Google notes that your credit card information is never saved without your explicit permission. It’s also worth noting that your credit card data is not included in the browser sync, which has also been updated with Chrome 6. Other Autofill data is now included in sync, as are extensions.

In terms of performance, Google says Chrome 6 is 15% faster than Chrome 5 beta in both the V8 benchmark test and the SunSpider benchmark test (two JavaScript tests).

With Google now saying that new stable builds of Chrome are due every six weeks, you can expect Chrome 6 to go stable quickly. And then in the Fall we should probably be on the look-out for Chrome 7, as well. 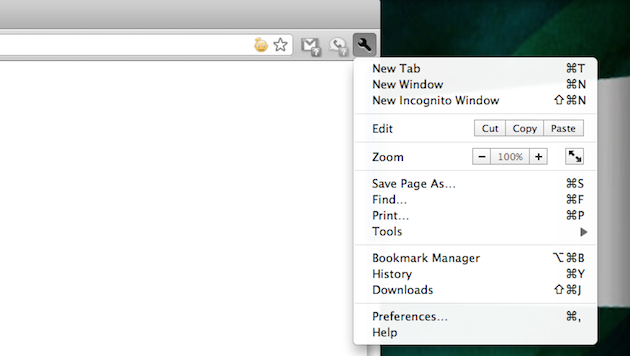