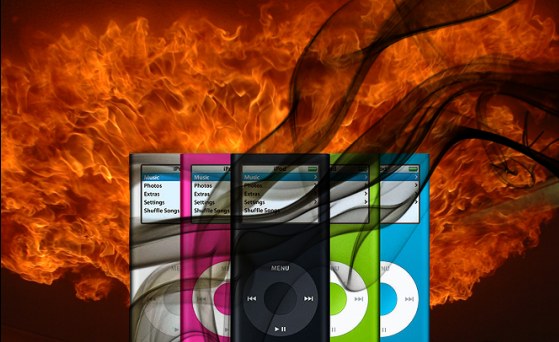 As we reported last week, Apple Japan had to admit to the country’s Ministry of Economy, Trade and Industry (METI) that its local subsidiary failed to report 34 mostly minor accidents involving the iPod nano. Big A has a somewhat problematic history with the Japanese government, mostly because of overheating iPods.

It now turns out Apple has apparently been under so much pressure in the past days that the company now offers [JP] on its Japanese website to replace all first generation iPod nanos that overheat (for Japan-based customers).

This is actually not the first time this happened. In this case, Apple will consider all iPod nanos sold in Japan between September 2005 and Spetember 2006. On the website, Apple says an external (unnamed) battery maker provided the batteries that caused some first generation iPod nanos to overheat or burn. According to the company, other iPod nano models are not affected by the problem.

So far, Apple offered to just replace the battery but now tells buyers to contact Apple support to get the entire unit replaced. Take this as a sign of goodwill to the Japanese government.