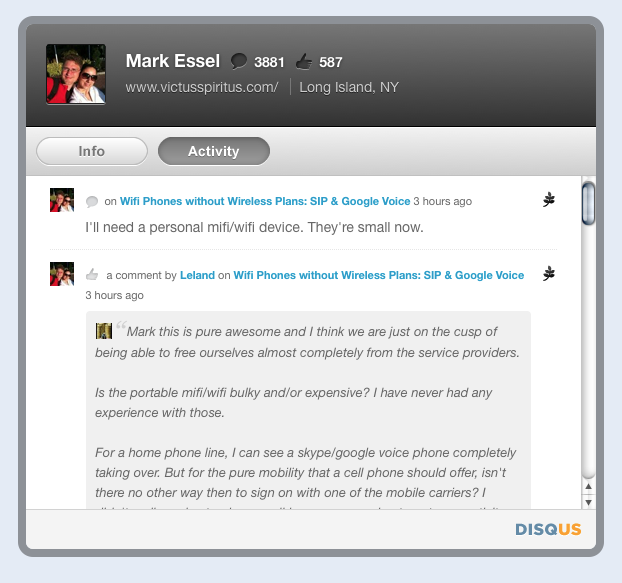 Online comment platform Disqus, which lets you use a single profile across some 500,000 sites across the web, is launching some key new social features today.

The first change concerns Disqus’s global user profiles, which let you get an at-a-glance view of a user’s recent comments. These are good for figuring out who someone is and to gauge the quality of their contributions, but before now it’s been tricker than it should have been to access much data — you had to head over to their profile on Disqus.com to get more than the basics. 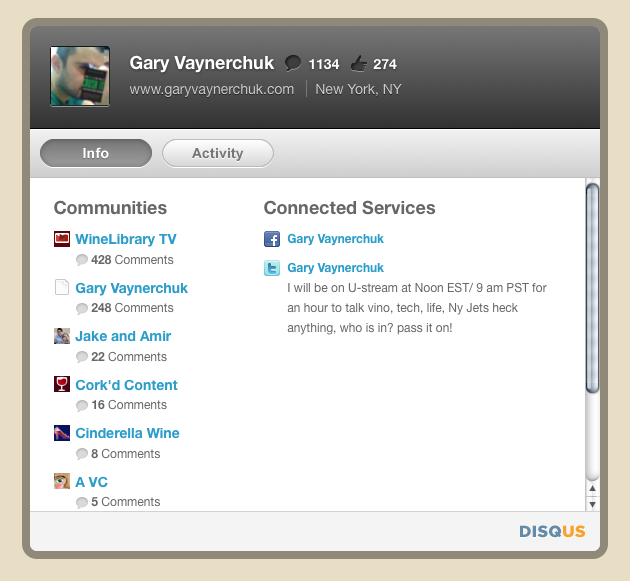 Today’s release changes that: clicking on someone’s account name will launch a more robust popover window, which displays both the user’s key stats (number of comments, homepage, etc.) and an activity stream, which includes a full listing of their recent comments and any posts they’ve made to their blog and other services they’ve connected to Disqus, like Facebook and Twitter. And it shows this without kicking you back to the Disqus homepage, which makes it much more convenient. 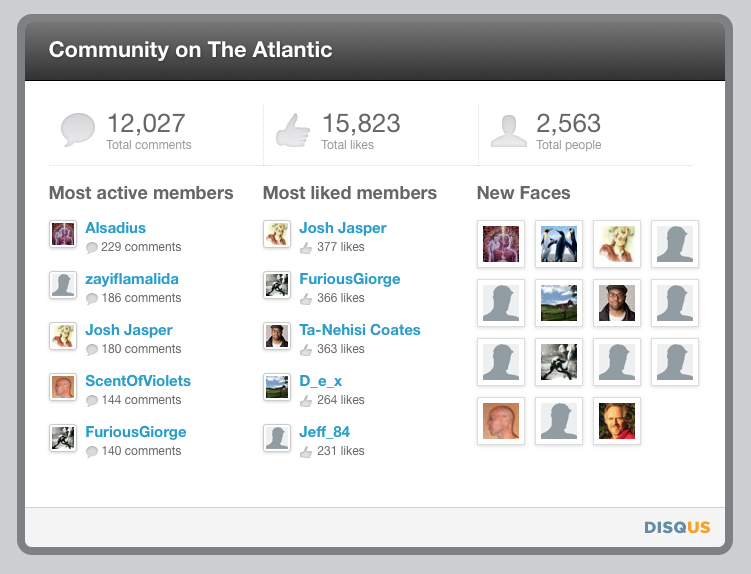 Another feature launching today is the Community Box, which lets you get a quick idea of who the most active members on a given website are.

Finally, the site also recently launched a ‘community Like’ feature. Disqus has allowed users to ‘Like’ individual comments for a long time — now it’s letting you ‘Like’ a page or article itself. In other words, it’s a lot like the Facebook ‘Like’ button that rolled out earlier this year. Disqus CEO Daniel Ha says that users can link their Disqus and Facebook accounts so that ‘Liking’ something on Disqus will also ‘Like’ it on Facebook. He also says that publishers can turn it off if they’re worried about confusing users.

In terms of growth, Disqus is now at 500,000 registered communities that reach, in aggregate, over 130 million uniques a month. The service now has over 13 million user profiles.