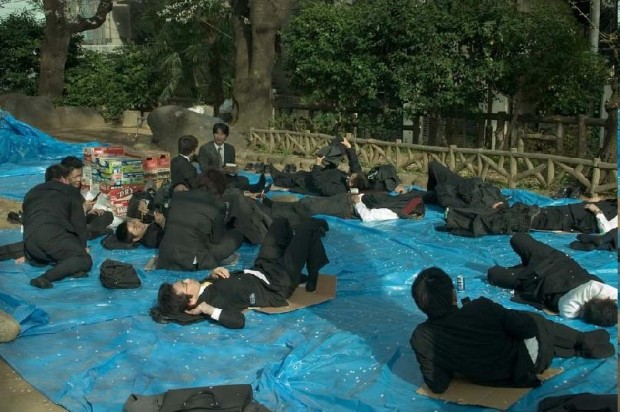 Is the electronics industry recovering from the recession? If you ask some of Japan’s biggest tech companies, the answer is a resounding “yes”. Various Japanese media are reporting that the country’s leading chip makers have asked their workers to call off their summer vacations  – a highly unusual move, even in Japan.

The reason: the semiconductor makers need to meet the strong demand shown by their customers, especially producers of smartphones, memory cards, and LCD and plasma TVs worldwide. Most of Japan’s workforce usually takes a one-week break during the Obon festival in August, but this year, Toshiba, for example, has asked employees in four chip factories in Japan to give up their summer vacation. The plan is to boost operating rates by up to 20 percentage points from last summer’s level.

Another big chip maker, Renesas, called off an eight-day break in August and decided to go full tilt instead. Renesas said it will be able to increase the capacity-utilization rate by 20 percentage year-on-year to 90% this way.

Fujitsu and Elpida Memory have also announced plans to cancel summer vacations at their chip factories this year.