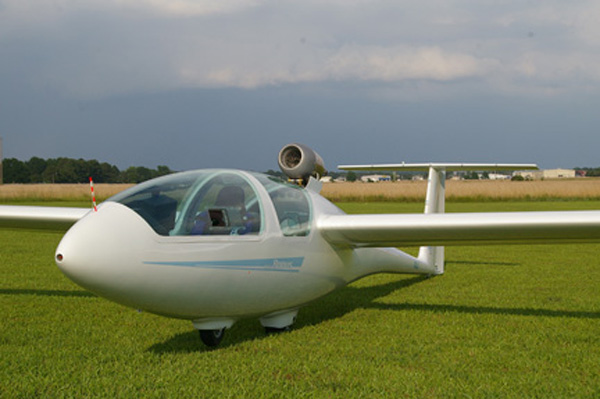 Sailplanes are fun and all, but they are gliders at heart and for the most part, you have to tow a glider up into the sky before you can fly it. Obviously this is problematic since you have to hire a pilot with a plane to drag you up into the air, limiting the locations you can launch from. Well, if these creative sailplane pilots have their way, that problem will be a thing of the past.

How do sailplane pilots launch without a tow? With a retractable jet engine, of course! While traditional sailplanes have no engines, the self launching glider has a small jet engine mounted behind the cockpit. This allows the sailplane to take off like a conventional aircraft, and can also help a pilot gain more altitude if necessary during flight. A company called Desert Aerospace is building and testing a hybrid sailplane using a 45 pound jet engine capable of generating 240 pounds of thrust. No word on how much it will cost, and the FAA will have to approve the technology first, but the concept is sound. The best part: they got their original inspiration from a Wiley Coyote cartoon. That rocks.