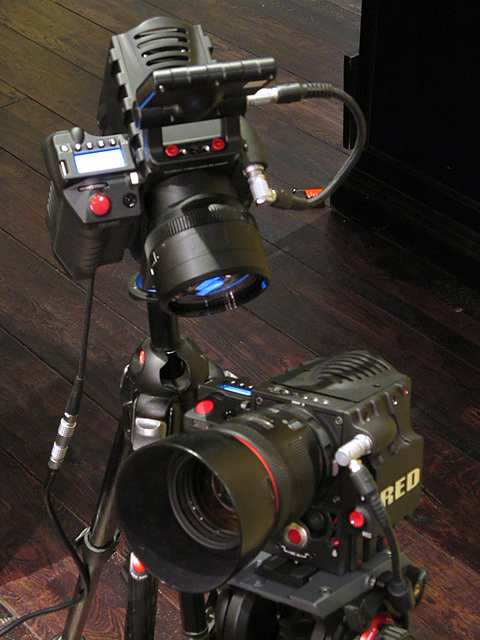 Independent digital cinema company RED has dropped a bombshell in the usual way, by a random post on the REDuser.net forums. This time it is a working Scarlet, a device teased a year and a half ago and given no timeline. It’s been a favorite target for RED naysayers, but the shot at right shows it in essentially its final form, with 8X fixed zoom in place, touchscreen and inputs all in place.

Keep in mind that the Scarlet is not a camera for you and me; its cost is estimated to be at least $3000, and “optional” accessories like tripod, EVF, and so on, drive up the cost even further. But also keep in mind that this chunky DSLR-sized package shoots bigger and cleaner video than $100,000 rigs being used in Hollywood today. The Scarlet may just be the new standard in handheld digital cinema — now that its existence can’t be questioned.