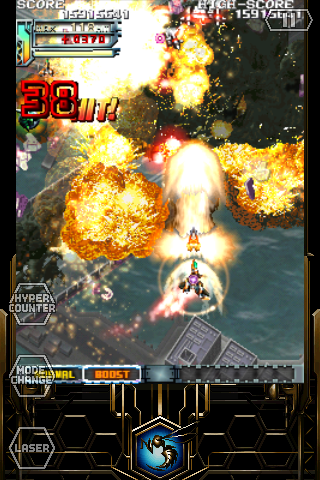 Players can expect an arcade mode, a practice mode and an iPhone mode (which has a new scoring system). Note that only owners of 3rd generation iPod touches (32/64GB), the iPhone 3Gs/4, or the iPad will be able to play the game. 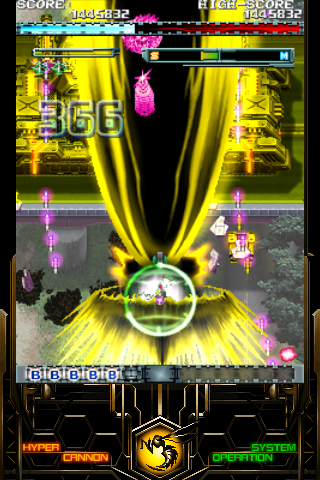 Cave hasn’t announced details such as price or exact release date yet but says Dodonpachi Resurrection will be released sometime “this summer”.