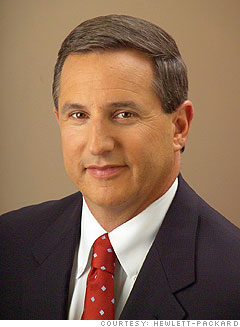 Must be nice to sit on the C-Level. Reuters discovered that although there was no “sexual activity” reported in the sexual harassment case that forced Mark Hurd to step down, there were a number of expensed dinners which either suggest a prolonged wooing or maybe some expensive dinners. UPDATE – She is not talking to the press and her actual relationship with Hurd is unclear.

The accuser has settled out of court, Hurd is offering to pay back the $20,000 he spent on fancy lobster, and he’s getting a $40-50 million severance package in cash and stock to ensure he is able to continue to live his life in the style to which he is accustomed. Please note: If you try this kind of thing at your job (falsifying expenses to canoodle with a contractor, trying to resign gracefully in order to maintain severance) you will probably get sued into oblivion and no one will give you one red cent in severance or even the $1290 in vacation time owed you. As someone once said, “Eat the rich.”

Pro Tip (TM): Also, if you look like Hurd in real life you’re probably not going to convince anyone but your fine and patient SO to sleep with you.