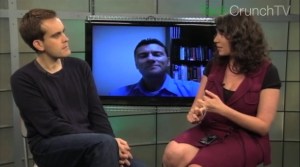 First came reports of how many more deals Ron Conway was doing in New York than he’s done in the past. Then, there was a report that showed the number of venture firms were predicted to decline in traditional markets, and grow in emerging markets like China, India and Brazil. Now, the latest Pepperdine Capital Markets Survey finds that Silicon Valley based VCs have wanderlust too.

Look, we’ve been as big a proponent of the idea that VCs are expanding their scope as there is at TechCrunch, but last we checked Southern California wasn’t an emerging market. We couldn’t believe these results could be true, so we invited the study’s author John Paglia on to this week’s episode of Too Long; Didn’t Watch to explain.

His survey can be found here and has a few other interesting take aways. 56% of investors said “gut feel” was the largest reason they do a deal, outranked only by “market analysis.” Gut feel always ranks high, so Paglia decided to ask this time what “gut feel” means. Investors said it was based most on “nonanalytical impression” and “past experience and knowledge.” Again, we would have thought that would favor Valley investors backing the networks they already have and know in the Valley, but maybe they have a good gut feel about oranges and beachballs. (We’re kidding So. Cal., we know you have MySpace, biotech and clean tech innovation going on. And Disneyland!)

The survey also noted that 42.8% of venture firms said they were currently raising money or would be in the next six-to-twelve months. This will be the key period to watch to see what our venture capital ecosystem is going to look like in for the next decade or more. A lot of people are expecting a shake out in terms of who can raise money, as returns are generally horrible for the last ten years. But then again, we heard about a shakeout among venture funds in 2000 that never happened.