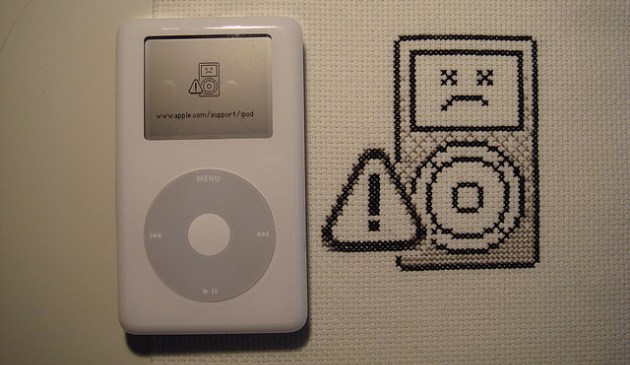 Apple’s iPod has been singled out as the reason for more than 17 accidents per day in the UK. The situation has been dubbed “iPod Oblivion”: people so “into” what’s playing on their iPod that they ignore the world around them, necessarily leading to accidents.

The UK’s Automobile Association said that joggers, bicyclists, and others on the road pay too little attention to hazards on the road, namely cars careening to and fro’. You know: a jogger listening to Orbital too loudly to hear a car passing by.

And then something bad happens.

The AA says that today’s digital distractions—iPods, iPhones, other such devices, and so on—means that our brains can’t focus on the many dangers of the road:

This is when we walk into traffic, don’t hear the truck, or drive cocooned from the outside world. We can’t stop the march of technology but we need to halt the iPod pedestrian, cycle and driver zombies. Whether on two feet, two wheels or four, too many people are suffering from so-called iPod oblivion.

Common sense, much? If you’re running on the street, maybe with something like that Adidas MiCoach App, you really ought to keep the volume at a level where you can still hear the passing traffic.