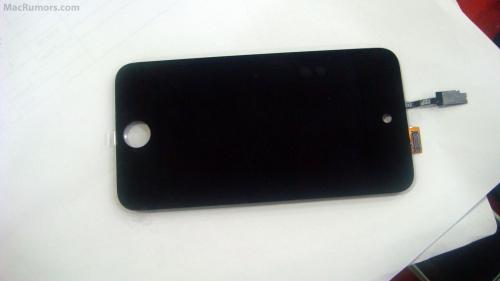 My mom totally wants one of these.

My mom doesn’t know smartphones, but she wants Facetime. The same woman who used a Motorola RAZR for most of the last decade now wants to drop – or, more precisely, wants me to drop – $299 for a new iPhone 4 so she can see the grandkids. Why? Because it seems like magic to her that she can see live video of the grandkids without having to make my dad hobble over to the computer and fire up Skype.

Video chat is not new and to most geeks Facetime is an affornt to the hard work and patience they put into getting video chat to work over Wi-Fi and cellular networks over the past few years. The Euros all scream “But we had video chat on our Nokias during the Clinton administration!” while streaming zealots claim they were video chatting with each other for years before Apple barged in. But with rumors that the new iPod Touch will have a front facing camera and will be launched sometime in September, I think Apple is about to own the video chat space.

It’s not that Apple will be the only player – they’ll be the only player on the average person’s radar. Call me a fanboy, but when Apple convinces my mom, through a series of actually strikingly beautiful (or crassly materialistic, depending on your position) commericals. Add in facial recognition in iLife and sorting by faces in iOS and Apple is all about the face.

Why is this important? Well, to quote a famous Chinese manufacturer of laptops, it makes the PC personal again. It moves devices out of the commidity – read “Android” and PC – realm and into the realm of devices imbued with feeling. However tenuous and however hippy dippy that sounds, “feeling” has a lot to do with why people by CE devices. That and brand.

The real key, then, is how Apple will expand face-to-face communications and facial search. It is also important to assess how hardware manufacturers will follow Apple back into video chat. A lot of people have tried it but as efforts on the EVO 4G and other high-end devices attest, not a lot of people love the experience. If anything, Apple has made it dead simple to place a video call to my mom. If Apple releases a Touch with Facetime, things are going to change even more.

This means that generally most face-to-face communications that once were carried via Skype will probably be carried by Facetime. This also means Facetime compatibility will be key to future video chat efforts by almost every device manufacturer. It also means Apple will, for at least a little while, own a bit of the video chat space. It will also appear as the first mover in the video chat space, forcing others to catch up to it instead of the other way around.

What does this mean for you and me? It means more business adoption of video chat and less lockdown when it comes to webcams and cellphone cameras in some organizations. It also means we’re going to have look a little more presentable when we make calls, which is pretty rough if you’re me.