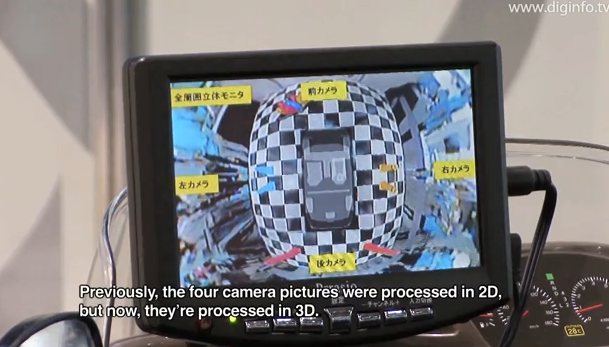 In late 2008, we’ve shown you a wraparound view video system for vehicles that was developed by Fujitsu. While that system was pretty cool, we can now show you a video of the updated version. The system is still based on four video cameras mounted around a vehicle, and it produces images in 3D. To be more specific, users can view 3D images that are projected onto a “3D curved” surface.

As a result, users can see in all directions from a freely chosen viewpoint around the vehicle. Fujitsu says that the system helps drivers in certain situations, for example when parking, turning, or merging in lanes, and reduces the risk of accidents.

Japanese Toyota customers can now actually order the system as an extra when buying certain models, for example the Prius.

This video (shot by DigInfoNews in Tokyo) provides more details about the Fujitsu system: