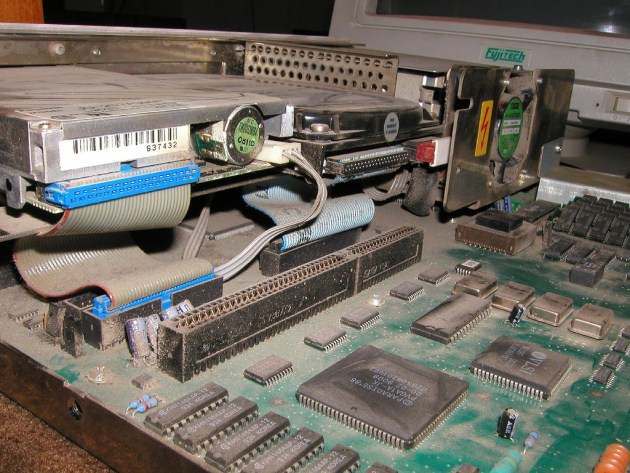 Flickr’d. Yes, I know this is old. It’s only for illustartive purposes.

A number of users all over the Interwhatever are complaining that the game is causing their video card to overheat. And not even overheat meaning “get too hot,” we’re talking overheat to the point where physical damages occurs.

The culprit? The in-between mission section of the game onboard Jim Raynor’s ship. Blizzard doesn’t put a framerate cap on there, so video cards can end up drawing the same scene over and over again, working itself into an overheating frenzy.

Blizzard has offered a fix:

Screens that are light on detail may make your system overheat if cooling is overall insufficient. This is because the game has nothing to do so it is primarily just working on drawing the screen very quickly. A temporary workaround is to go to your Documents\StarCraft II Beta\variables.txt file and add these lines:
frameratecapglue=30
frameratecap=60
You may replace these numbers if you want to.

But! Nearest I can tell, this isn’t an issue of the game “killing” graphics cards as much as it is that the game has exposed a problem the fact that your card is being inadequately cooled. That could be due to any number of things: a poor overclock; poor airflow; a gigantic buildup of dust; etc.

In other words, it could be that your system isn’t in the best of shape and StarCraft II is the first game to actually let you know.