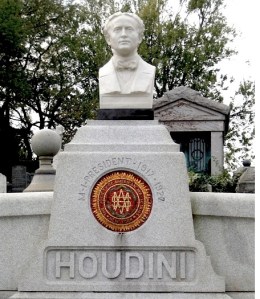 You know what’s getting old? The debate about ageing.

In today’s Observer, molecular biologist Aubrey de Grey is interviewed about how he sees no reason why a human being alive today might not live to 1000. If the prediction sounds familiar it’s because de Grey – this time described as a gerontologist – was subject to a similar profile in Friday’s New York Times, thanks to his being a key subject of Jonathan Weiner’s book Long For This World: The Strange Science of Immortality.

Right here on TechCrunch, Halcyon Molecular’s William Andregg spoke to Cyan Banister about the need for humans to conquer death to allow us the time to reach the stars.

And of course, Ray Kurzweil has been at this stuff for years: according to a 2005 Wired profile “Kurzweil ingests 250 supplements, eight to 10 glasses of alkaline water and 10 cups of green tea. He also periodically tracks 40 to 50 fitness indicators, down to his ‘tactile sensitivity.'”

Oh yes, go to any Silicon Valley party right now and you’ll find a scrawny huddle in the corner discussing the science of living forever: a topic that’s gone from fringe to hot to cliché in – ironically – less time that it takes a tsetse fly to start getting interested in girls. But then why wouldn’t it when the science of ageing touches on so many valley obsessions?

For a start, gerontology is a science. But it’s also hacking: human bodies aren’t supposed to live much beyond 80, and these are people who would gladly spend a weekend hacking a Furby to make it curse, just because it’s not supposed to. Bill Gates has described bio-hacking (deathhacking?) as the logical successor to computer hacking. More importantly though, Silicon Valley people are – by and large – massive overachievers. Company founders in their teens, rich by the time they’re 30, angel investors by 31, charitable foundation at 40. No wonder these people want to go on forever: just imagine what they could achieve by the time they’re 1030!

And so the research goes on, millions more dollars are poured in to deathhacking startups by rich-mortal-and-terrified benefactors, dozens more books are published on the subject and every day countless startup founders jump into their Teslas and speed to their “doctors” to pick up the latest batch of pills that they hope will keep them around until someone figures this shit out. And why not?

A few months ago I finished writing my book about living in hotels – a second memoir by the age of thirty, which is unwarranted by any measure. My deadline was January 1st, but I finally scraped past the finish line somewhere around the start of March. The truth is, I didn’t need the extra time: I’d already had a year to write the thing, and much of that time was spent dicking around in the name of “additional research”, most of which never made it into the final manuscript. But it’s generally accepted that authors never make their deadlines, and my publisher gladly gave me the 90 days grace I claimed I needed to complete the task.

By contrast, Lacy is about to hit ‘send’ on her second book – a book that required many thousands of miles of travel, hundreds of interviews and an immeasurable amount of actual reporting. And yet she’s delivering right on deadline. Why? Well, mainly because she’s more professional than I am, but also because her publisher (being a serious business publisher rather than a chilled-out literary one) is less generous with deadline extensions. They have a schedule to keep to. And, anyway, Sarah has other important projects to be getting on with and doesn’t want to waste time.

The difference between my behavior and Sarah’s is the classic “time taken to complete the task expanding to fit the deadline” curse. By knowing she’s working to a fixed deadline, Sarah is able to deliver a much more ambitious manuscript in less time than it took me to bash out a memoir for which the only research was getting up in the morning and waiting to see what happened next.

And it’s that same curse that takes us to the heart of the life extension myth: that if we can live longer, then we can achieve more. We blithely assume that it’s the success of Silicon Valley entrepreneurs that makes them fear death so much: they can’t take their wealth or success with them so they are desperate to stick around longer and longer to double and redouble it. But what if the truth is precisely the opposite? What if the real reason these entrepreneurs have achieved so much is precisely because – more so than other mortals – they were born with a keen understanding they are working to a fixed (if unknown) deadline? It’s that fear of death that makes them succeed, not the other way around.

Of course, by extending their lives – if there’s any hard evidence it’s possible, which of course there isn’t – there’s every chance that the current crop of entrepreneurs and scientists will continue achieving greater and greater things until they’re hit by a bus on their 10,000th birthday. Every day will seem like a miracle and they won’t want to waste it. But even so, that first gang of grateful near-immortals will be the only ones to feel that gratitude.

Subsequent generations will never have known the idea of a strict biological deadline – the need to overachieve while there’s still time – and so will be quite justified in taking things easy, diluting their work to fit the time available. Perhaps they’ll start their first company in their hundred-and-teens, they’ll be rich by the time they’re 3000, angel investors by 3100, charitable foundation at 4000? 40,000? Whatever.

But at least they’ll have more time to enjoy life, right? Not really. Apart from rabid over-achieving, there’s another thing that unites all life-extension obsessives: they look like death. “Medievally thin and pale,” is how the Times (quoting Weiner’s book) describes de Grey. Kurzweil spends his days glugging green tea and popping pills, not eating to excess and avoiding recreational drugs. One can only imagine how much fun life would be if you had to live like that for 1,000 years. And by ‘one’, I mean Dante.

So, please God, let’s put an end to this deathhacking nonsense. Let’s flush the pills, stock up on recreational drugs, drive fast cars, work long hours and stay inspired by nature’s crippling deadline to achieve greater and greater things in our fourscore years and ten.

After all, to paraphrase Hippocrates – the original doctor – vita might be brevis but, done right, ars can be very, very longa indeed.