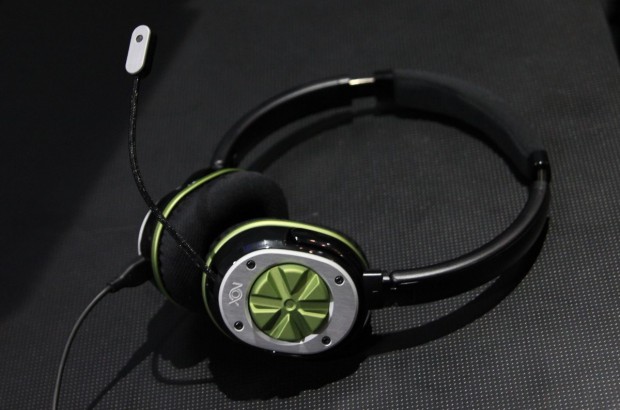 Short version: NOX’s first entry into the crowded gaming headset market sets itself apart with its portability, comfort, and ease of use.

We first encountered this headset at E3, where it made its debut alongside the in-ear Scout (not yet released) and the Negotiator, an adaptor which allows you to use either headset with a PS3 or Xbox 360. I found one in my possession shortly after, and have been using it on and off for a couple weeks as my primary headset.

The Specialist is designed as a portable headset — that design goal manifests itself in a couple ways. First, the headset is foldable. I mean, it’s not like you can fold them down to nothing, but flipping the earcups up does reduce the headset’s footprint by quite a bit. You can fit them into a smaller pocket, they’re not as awkward as a normal pair of headphones, and of course it lets them go into the nice carrying case they come with. 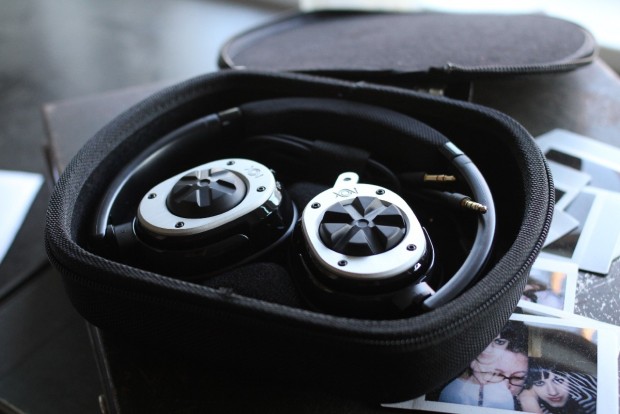 The other way you see the portability thing is in the retractable microphone. A few other headsets have this (SteelSeries comes to mind) and the Specialist doesn’t do it in any special way, but they do it right. The cord coils up inside the left earcup, obviously, and the outside of the earcup spins in order to reel it back in. It seems to be torqued pretty heavily, and sounds crazy if you do it when you have the headset on. The mic itself feels a little short but it sounds great.

On the other earcup you have a differently-cut plate that also spins — this is the volume knob. It turns 180 degrees and adjusts the volume very smoothly; I found it convenient in-game, better than having a little puck weighing down the cord at least.

For $80 you should expect a pretty good sound out of a headset, and the Specialist doesn’t disappoint there. They’re definitely skewed towards the warm and bass-y end, but that’s great for games, and I got plenty of clarity once I adjusted my EQ. I couldn’t make them clip or pop, though the bass did tend to take over and spread out toward higher volumes. I was surprised at the amount of isolation they provided, as well. At medium volume, I believe that most normal voices would be difficult to discern, though higher-frequency noises like key clicks and snapping fingers were audible.

The fit was (for me) very comfortable, which is what you’re really concerned about when it comes to gaming headphones. Multiple-hour sessions are common, of course, and if I wore something like the G35 for that long, my neck would probably break. It’s hard to say whether the Specialist will fit everyone as well as it fits me, but it if it does, kudos to NOX. While the earcups don’t rotate to accommodate your preferred headband angle, I found they sat perfectly on my ears and didn’t push hard at all on them. The lightness of the headset also helps make marathon sessions bearable. At a petite 0.3 pounds, it’s easy to forget you’re wearing it. 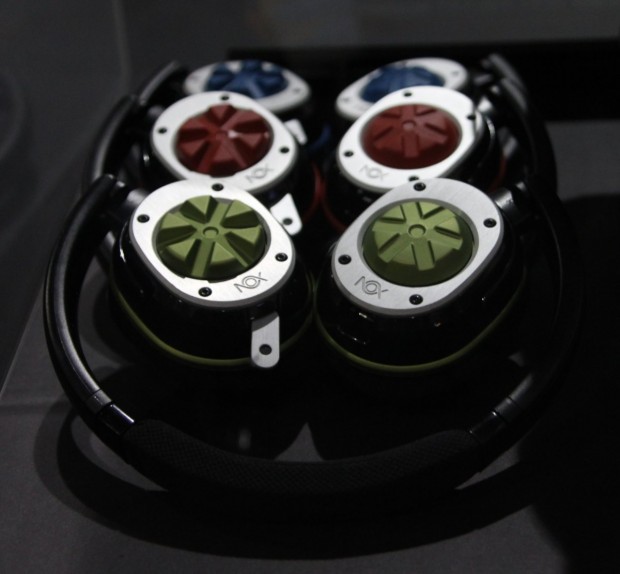 The look of the headphones, I should mention, is pretty nice. They come in a few colors — I think green is the best of them — and they’re quite nicely designed, though they won’t blow anyone away. I prefer in-ears for my day-to-day public headphones, but you could do worse than the Specialist if you have to take it to the street.

One thing the headset could improve, though, is the cord and plugs. Gamers plug and unplug their headsets a lot, and this satin-finish rubber provides almost no grip at all to a sweaty-palmed gamer. The rubber does help keep loops and snags to a minimum, but braided cords with L-plugs on the end would be a definite improvement. It could be longer, too: 6 feet really should be the minimum allowed.

As for Xbox 360 and PS3 compatibility: you’ll be paying extra for it. If you think you’re going to use the headset with more than just your PC, get the Negotiator bundle; it’s an extra $20 rather than the $60 you’ll pay if you buy the adapter separately. I only tested the Specialist on my PC, but the Negotiator looked simple enough to operate when I tried it out at CES and it could save you some clutter by letting you use one headset between your consoles and PC. Other headsets do this as well, of course, the AX Pro for instance, though that’s a much more involved affair.

This headset is easy to recommend, though of course $80 is more than a lot of people are willing to pay. You can get a Razer Carcharias for less, or a G35 for a little more, so there are definitely options out there. But your money would be as well spent on the Specialist, especially so if you like your headphones compact and portable. Adding the Negotiator into the package brings it to a round $100, but if the alternative is to buy a separate headset for your 360, it’s not so bad. If you’re in the market for a comfortable, portable, and attractive headset, the Specialist is definitely worth your time.