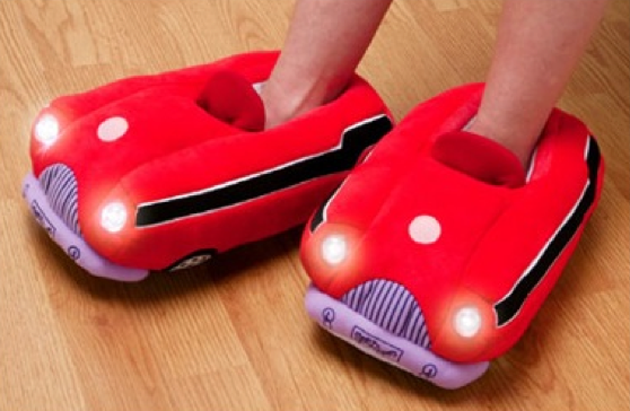 According to Groupon CEO Andrew Mason who is on stage right now at Social Currency CrunchUp, the breakout deals site Groupon was originally a side project Mason started in order to make money, “We tried a zillion things” Mason said.

Including a cheesy-sounding slippers with flashlights deal, which Mason describes as “act of desperation, pretty impressive considering that the company is currently making $365 million in revenues, a million a day according to our sources. Mason gave no thought whatsoever as to whether or not it would work.

With Groupon now in over 170 cities in over 22 countries, its come a long way from flashlight slippers, and Mason aspires to one day be a replacement for the classic city guide, “We’re focused on creating a market as efficient as possible with regards to getting as much exposure to local business as possible.”

From the humble slipper beginnings, to currently selling deals on laser eye surgery, Mason has not just created a business, he’s created an entirely new business model, now with over 500 clones. Couponing is currently the hottest thing on the internet; Asking the CrunchUp audience whether or not they had bought a Groupon deal Mason joked, “Raise your hand if you’ve only bought a Groupon so you could figure out how to clone us?”

Update: The original slippers with flashlights Groupon, below. 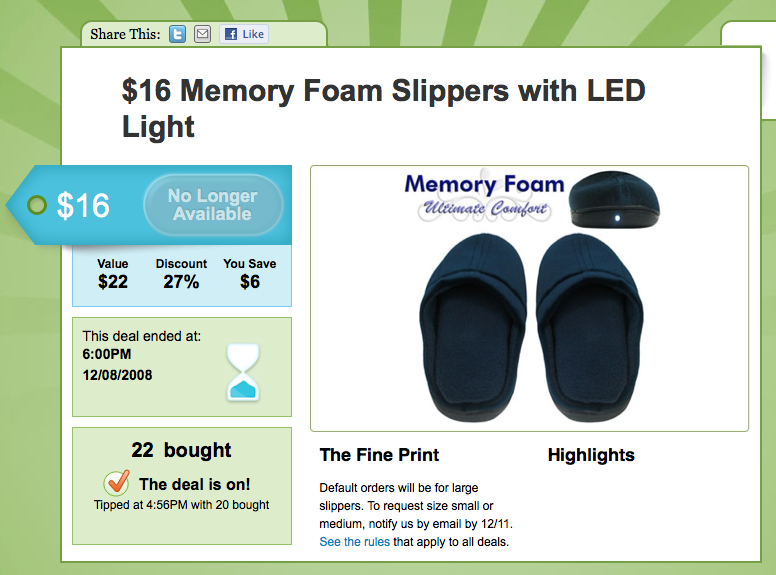