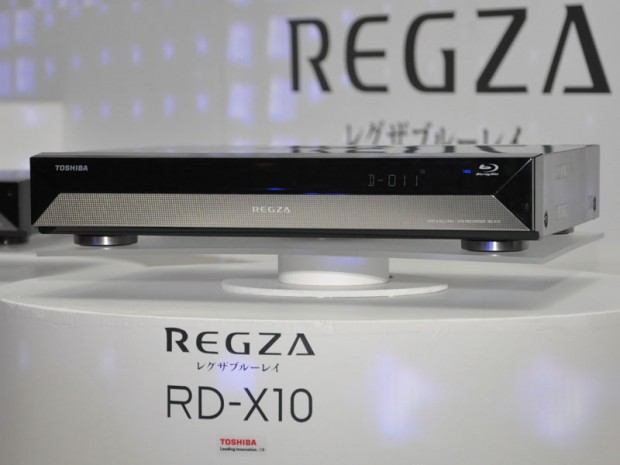 As if the eight 3D LCD TVs Toshiba yesterday announced for the Japanese market weren’t enough (three CELL Regza and five conventional REGZA models), the company also showed [JP] a 3D powered and Blu-ray recorder and another three that can be upgraded to 3D via a “3D upgrade kit”. All devices have an additional HDD on board.

First the RD-X10, which is the flagship model with a 2TB HDD and allows you to play 3D movies out of the box (pictured above). It will go on sale in Japan in September for $2,500.

Then we have three models that can be upgraded to 3D via a “kit”, which Toshiba is still tight-lipped about at this point (for example, regarding the price). But the basic approach seems to be that consumers, when deciding to go for a Toshiba Blu-ray recorder, can decide to pay a higher price to get the 3D ability. 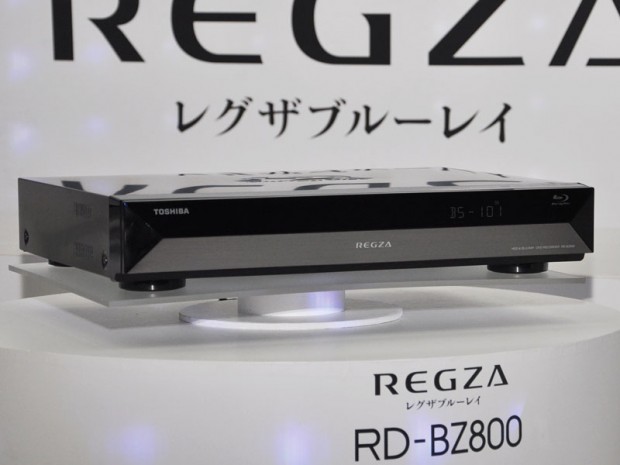 The kit will be available for these models when they hit Japanese stores:

No word yet from Toshiba Japan regarding overseas sales plans.