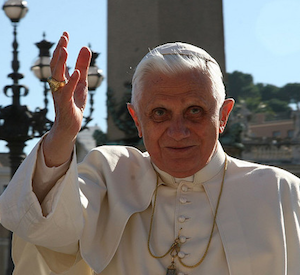 Fox News has a long and illustrious history of saying some fairly outrageous things. A story today on FoxNews.com may be one of the best yet — certainly from a tech perspective.

The post entitled “For Apple Followers, It’s a Matter of Faith, Academics Say” argues that while people may joke about Apple being a religion (JesusPhone, etc), to some, it may actually be a religion. Better, they wonder if Apple shouldn’t pursue that path. Here’s Fox News’ keys as to why Apple is similar to a religion:

Yes, Apple’s start in a garage is very similar to Christ’s birth.

They also note that the Pope is scared of such a religion because he once rhetorically asked if a savior was needed in a modern wired world. Clearly, that means Apple.

Naturally, the main impetus behind this farce is that the author can’t understand why people continue to buy iPhones even though they don’t work. Therefore, Apple must be a religion. “It’s not a matter of rationality, it’s a matter of faith,” the author argues.

Meanwhile, back on the planet Earth, the story remains the same. The iPhone 4 does indeed have an antenna issue, but it’s not a major issue in real world use. If it were a major issue, the millions of people who have bought the device over the past month would be returning it en masse. If something doesn’t work, you return it — it’s that simple. That isn’t happening.

So which argument makes more sense? Are the returns not flowing in because it’s really not a big deal — and overall the iPhone 4 is the best smartphone out there? Or is it because Apple is a religion?