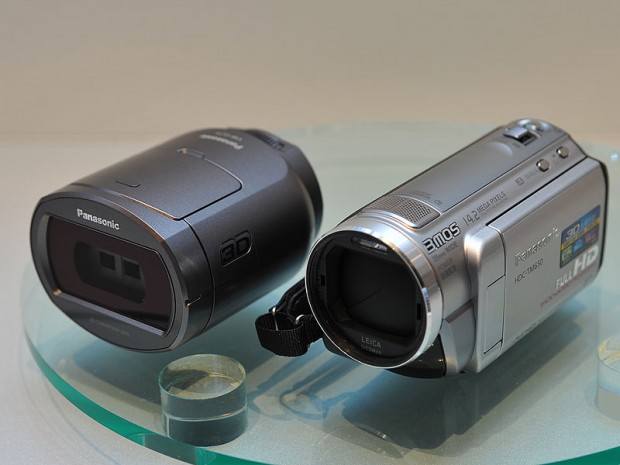 Panasonic caused a splash in the blogosphere yesterday when it announced the world’s first consumer 3D camera, the HDC-SDT750, for the American market (release in October). The device was announced [JP] today in Japan as well, but Panasonic made some changes. And it showed another model, too, the HDC-TM650 (pictured), which hasn’t been announced for other markets thus far.

The Japanese version of the SDT750 (shown on the right in the pic below) comes with a whopping 96GB of internal memory, but on the flipside, Panasonic decided to sell the 3D lens separately in its home market. It will cost $1,800 ($400 more than the American model with the lens) and go on sale two months earlier, in late August. The 3D lens will set Japanese buyers back another $430. 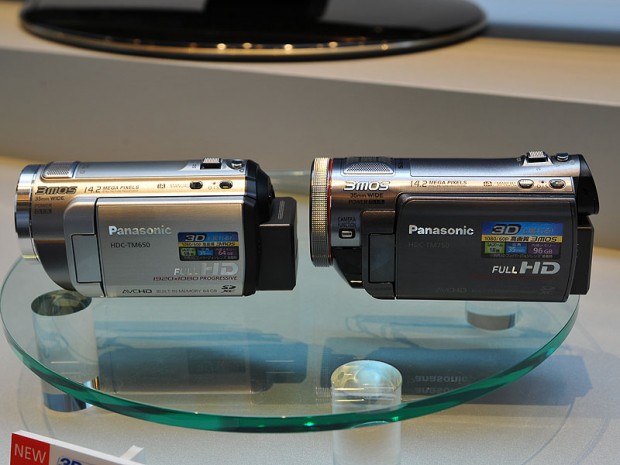