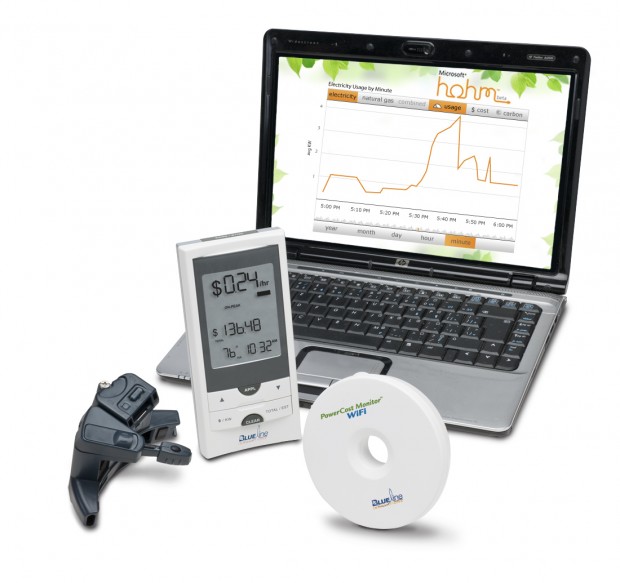 Always on the cutting edge of “stuff that goes onto your power meter in the basement and you forget about” technology, Microsoft and Blue Line Innovations have teamed up to release the Hohm PowerCost Monitor and WiFi Gateway. The device sticks to your power meter and reads the actual usag (N.B. it may not work on some older meters) and then transmits it to your Windows PC.

The kit presumably forces you to change your habits by showing you just how much power you’re using at any one time.

The device itself is bog standard – I saw a similar kit from Black&Decker recently – but it connects to your access point and the Hohm system then translates the dollars and cents of power use into a handy graph.

Obviously the question is this: will this thing, when in place, be used and will this be another example of Microsoft abandon-ware? First, knowing the average early adopter, this will be cool for a few months and then sit on the power meter, ignored, until it falls off. My buddy has one of these and that’s exactly what happened: after a while, knowing you’re spending 2 cents on plugging in your Wii charger is lost in the miasma of other everyday information. The real trick here is to produce energy-saving devices rather than energy sensing junk.

Essentially, this smacks of something like the SPOT watches of yore – a cool technology in theory that is eventually too wonky to live on its own. Here’s hoping this dedication to green runs deeper through the company.