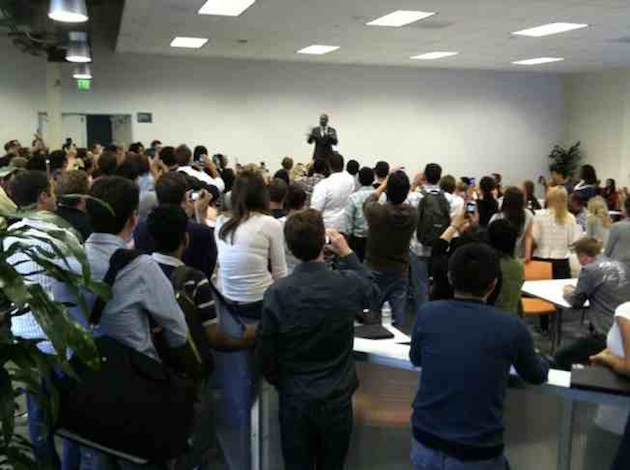 Facebook may be in the middle of negotiating a deal to acquire the check-in service Hot Potato, but that didn’t stop most employees from stopping by the cafeteria at the headquarters in Palo Alto today to see hip hop artist Kanye West freestyle.

West, dressed in a suit, appears to be standing on a table as he lets loose. First, he raps a bit about getting laid. But then, cheered on by the crowd, he comes back to freestyle about a number of others things — and if you listen closely, you can even hear him diss Facebook rival Twitter (I’m not even sure those in the audience picked up on it).

You may recall that early last year, West was mad as hell at Twitter — and blogged about it. Clearly, he’s a Facebook guy.

[thanks Jason for the pic and Joe for the vid]