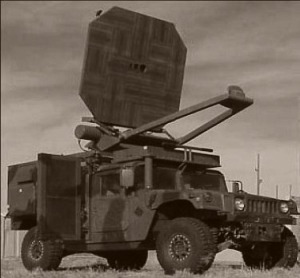 Among the many advances in military technology, perhaps one of the most unwelcome was the “Active Denial System,” a super-short-wavelength radiation weapon that caused intense pain in whoever it was aimed at, be it enemy combatants, protestors, or geese. Enemies of the technology cited its ripeness for abuse when calling for it not to be deployed, but it was sent over to Afghanistan anyway… until just recently, when they took it back.

The only reason given for its removal was a terse quote from Colonel Shanks, Chief of Public Affairs for ISAF:

The ADS was not used and was shipped from Afghanistan. The operational need for the device was not approved by commanders.

Perhaps it just wasn’t effective? The technology works by exciting water molecules in the top layer of your skin, causing a burning sensation not unlike touching a hot light bulb, according to those it was tested on. It has a long range for a nonlethal weapon (500m) but in Afghanistan that may simply not be an effective tactical tool — lots of long distances and lots of cover, from what I hear.

This failed (or actively denied) deployment may spell the end for the ray, but a more portable version, the Silent Guardian, is still in development by Raytheon. It’s not quite handheld, but it’s smaller than the Hummer-mounted model and still hurts like hell, if I’m to believe that guy in the picture.