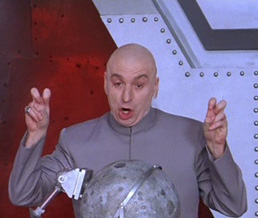 A few weeks ago, Google invited a handful of press for an informal get-together with Dave Girouard, Google’s President of Enterprise, who helps drive Google’s mission to get businesses to turn their back on Microsoft and make the jump to Google Apps. The conversation bounced around fascinating topics like security in the cloud and the future of mobile computing. But, by chance, it also uncovered one gripe that half the reporters in the room had secretly been harboring: they hated Google Docs smartquotes with a passion. Seriously, it was like watching a chain reaction of disdain make its way around the conference table.

Smartquotes, for those who aren’t familiar with them, are the curved quotation marks that appear in some document editors in place of the standard straight quotes. They’re generally desirable, but it seems that the smartquotes were mucking up these reporters’ content management systems, and there’s been no way to turn them off. They aren’t the only ones with this issue, either — there are multiple topics on Google Groups complaining about the same thing. Well today, Google has announced that it’s giving users the ability to undo smartquotes. Try to contain your excitement.

To activate the feature, hit “Cntl Z” on your keyboard (Cmd Z on a Mac); Google also plans to soon offer an option to turn smartquotes off entirely. It’s funny, because while you’re probably rolling your eyes right now, there are going to be a few readers who are elated — finally, you’ll be able to use Google Docs without having to worry about it messing up your custom CMS or archaic form generators or whatever it was that didn’t know how to process smartquotes.

For the rest of you who may be slightly less enthusiastic about smartquotes, Google has one other new feature: you can now automatically translate your documents into one of 53 languages in one click, which is quite cool (though you’ll obviously want to go through and check for accuracy — remember, while these translators tend to be good at conveying the gist of your document, there are bound to be a few sentences that get jumbled in translation).