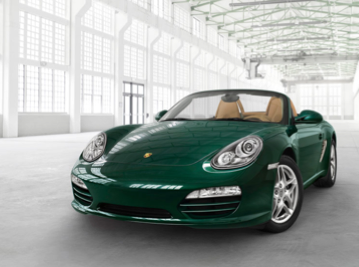 Porsche President and CEO Michael Macht said in a statement that Porsche will “definitely be offering electric sports cars in the future,” but that the performance and cruising range must be comparable to existing sports cars. Greater efficiency and lower emissions are the company’s goals for the new vehicles.

The Boxsters will compete with Tesla‘s Roadster, which has been in production since 2008 and recently received a makeover. With Tesla’s help, Toyota is rumored to also be working on an electric sports car.

The original Boxster was produced in 1996 and became the company’s top selling car for about seven years.

Electric Boxster cars will be field tested early next year to determine what infrastructure is needed to support regular usage and to observe how users drive the car.

But don’t get too excited yet – it will still be a while before the new Boxsters hit the road, and with companies like Mercedes and Audi also working on electric sports cars, they will have plenty of competition.