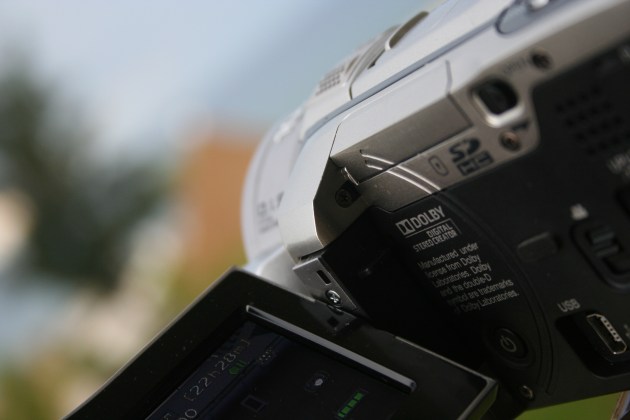 Did you know that I’ve had the JVC Everio GZ-HM1SU in my possession for about a month now? Kinda hard to know that seeing as though I’ve never written about it. We’re going to fix that right now. And while we’re at it, let’s kill two birds with one stone. A friend of mine invited me to Jamaica last week—he’s some sort of big shot down there, it seems—and I thought to myself, “This looks like an excellent opportunity to really test out the camera, see how it works in a new environment.” It was either that or shoot video of tourists in Times Square. No wants to see that.

Before I get too much into this, the truth is that I’m much more comfortable with a still camera than I am with a video camera. I took a proper photography class in school a few years ago—I got an A, thank you very much—, and I’m much more experienced with composing still shots so they don’t look like complete tosh than I am with making a moving scene come to life.

In a way, I think that makes me particularly suited to look at this through the eye of a civilian (non-techie). I’ll have the same “oh boy, how do I work this thing?” reaction as you.

Build & Construction
Well, it didn’t break, despite spending several days in a small bag that it had no business being stuffed inside of, being tossed about like taffy. About the size of an Xbox 360 controller, the camera never once felt heavy in my hand. If your wife puts you in charge of taking video at the next family get-together (my condolences), you shouldn’t have to worry about your arm falling off after lengthy use.

“How do I turn this thing on? Oh!” Yeah, the camera turns on as soon as you fold out the LCD display. Silly me, looking for a button. There’s a small touch-sensitive strip on the left-hand side of the display that controls up-and-down menu navigation, and a series of small buttons that run underneath the display for confirming and canceling selections. The touch-sensitive strip works, yeah, but I’m not sure it works any better than an old fashion button. Fanciness for fanciness’ sake, I suppose. The strip never feels imprecise, but it did take a minute to figure it out.

Of the buttons on the body, you’ll primarily be using the zoom that’s on the top. The above video, taken somewhere off the Sandals on the coast of Negril, shows the range of the zoom. (You might want to see it on YouTube proper to see the full fidelity version.) The video’s a little bumpy because, well, I was on a boat. Boats tend to rock and sway.

All the standard ports are here. There’s a stereo mic input that, based on some Amazon sleuthing, isn’t exactly a standard feature on other such cameras. You may want to spring for that external mic, too, since the on-board audio isn’t anything special. If you’re shooting hi-res video it would look awfully silly if you couldn’t quite hear what your subjects are saying. (I bought some Audio Technica mic off eBay, if you’re wondering.) Mics screw right into the top-mounted shoe mount. And, of course, on the bottom is a screw base for mounting to a tripod.

Yes, quite easy. It’s literally a question of swinging out the LCD to turn it on, then pressing the record button that’s right where your thumb naturally falls when your hand is placed in the strap. When you’re finished recording hit record again. Done and done. You have 64GB of built-in storage to work with, plus an SD card slot for any additional storage. You can change any number of settings right from the onscreen menu, including recording quality (all of the video seen here were shot using the lowest setting, if only because I knew I was going to upload them to YouTube and not author a Blu-ray disc), white balance, gain, shutter mode, etc. But really, outside of maybe adjusting the video quality, you’re probably just fine leaving everything as is.

You can then view your video right there on the display—hope you brought a pair of headphones since the built-in speaker is fairly weak—or output everything to a TV or monitor via HDMI. That could be pretty handy if, during our imaginary family get-together scenario, you have no intention of editing any of the video and just want to show off what you’ve taken right then and there.

Like many cameras these days, it shoots up to 1080p. And as mentioned earlier, unless you plan on authoring a Blu-ray disc for later viewing on your giant plasma TV, 1080p is pretty much overkill; 720p is perfectly sufficient for most uses in 2010. In my opinion. Higher resolutions might be more useful in a few years when more people have access to 100 mbps+ Internet connections and sites like YouTube don’t take a day and a half to compress your perfectly rendered filed for the Web.

That leads us to something I would think many people now find themselves asking: If I can take 720p video with something like a Flip Mino HD, or Sony Bloggie, or, gasp, my iPhone 4, why would I want to carry around a dedicated camera? I mean, the Everio is small but not exactly fit-in-your-pocket small.

It’s the same reason why you’d want to carry around a proper DSLR instead of a point-and-shoot: you value versatility at the expense of convenience. You wouldn’t want your wedding photos taken with a BlackBerry, would you? So, why would you settle for video of your daughter’s recital taken on a device whose sensor is necessarily tiny and whose lens won’t exactly win any medals? Good luck using one of those pocket cameras in low light situations because unless you’re shooting on a bright, sunny day you may find that those small devices don’t work as well as you’d like. (The above video gives a quick look at how the Everio handles light/dark transitions.)

I realize, even given the above caveats, that buying a camcorder in 2010 isn’t exactly a automatic decision. Plenty of people would be fine with the performance of something like the iPhone 4 if all they’re interested in is getting a quick video of their friends posing in front of White House or in at the ballpark. And the performance of these small devices will only improve in the years to come.

It really comes down to whether or not you’re comfortable with the limitations these devices necessarily impose: odds are there’s no jack for an external mic (which is essential if you plan on hearing your subject, particularly on windy days), nor will there be room for an external light source. If you’re just taking video to put on Facebook or whatever—sure, fine, who cares? But for anything even remotely “important” you’d do well to step up to a proper camera. Then there’s the matter of price. At $1,200, the Everio isn’t so much impulse buy as much as it is an investment. But again, if you want a throwaway, ready-for-Facebook camera you’re probably fine with something a little less substantial. There’s no sense in buying more camera than you need.

And for no reason at all, dog pulling a sled! Apparently dog sled racing is big down there.