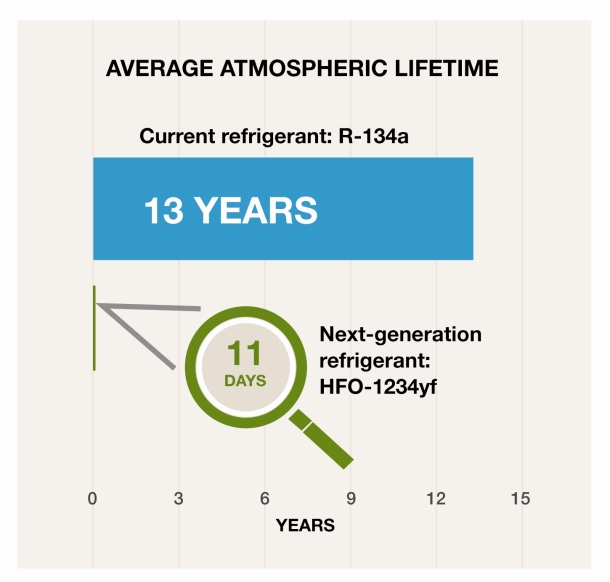 The refrigerant that we use in our automobiles are some of the most environmentally unfriendly chemicals that we produce. The change to R-134a helped, but unfortunately that gas has a life of 13 years in our atmosphere, and contributes to global problems. GM announced today that they are changing to a friendlier coolant, one that doesn’t hang around and cause problems like the current product.

The new refrigerant is made by Honeywell, and remains in the atmosphere for a mere 11 days, instead of the 13 years that R-134a does. The new coolant will be used in GM’s Chevrolet, Buick, GMC, and Cadillac cars starting in 2013. I’d expect that the new refrigerant will end up being required by the EPA, assuming that it performs as expected.