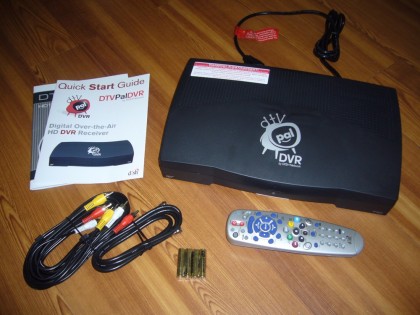 If you’ve never heard of the DTVPal DVR – or DTVPal tuner, don’t worry, you’re not alone. The DTVPal DVR was an interesting device that was a cross between a VCR and a DVR. VCR because it could record shows based on time – unlike the better TiVo model, where it records by show – and DVR because it was, well, digital.

It was one of the only OTA ATSC dual-tuning DVRs available at a reasonable price, but that’s right about where the novelty wore off. You see, it was never very buttoned-down in terms of stability. Users often experienced the same issues as with the antiquated video cassette (12:00..12:00..not exclusive). That and only a limited guide was available over-the-air from either PSIP or TVGOS. The kinks were never worked out and DISH’s little pet project got scrapped.