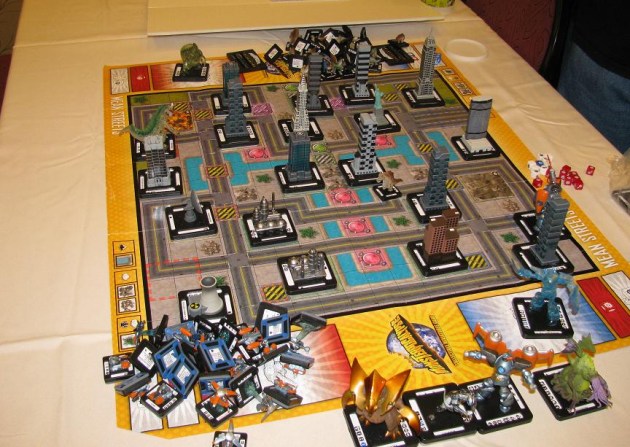 Gotta admit, I’m not exactly familiar with the board game Monsterpocalypse, but I am familiar with the works of Tim Burton. The man does a fine job (most of the time). Connection? Yes! It looks like his next movie will be a 3D adaptation of of the board game. This time, it will be a 3D movie from the ground up, unlike “Alice in Wonderland” where the 3D effects were added at the last minute.

The movie is still pretty early along in the process, but John August (of “Corpse Bride,” “Charlie’s Angels,” and “Titan A.E.” writing fame) is on board to write the screenplay. Tim Burton is set to direct.

Then again, yesterday we learned that 3D movies are dying a pretty quick death, so by the time this movie comes out (currently kinda-scheduled for 2012) we could all be watching 4D~! movies.

In my mind, 4D movies are essentially 3D movies but with a little clock on the bottom of the screen, the forth dimension being time and all.